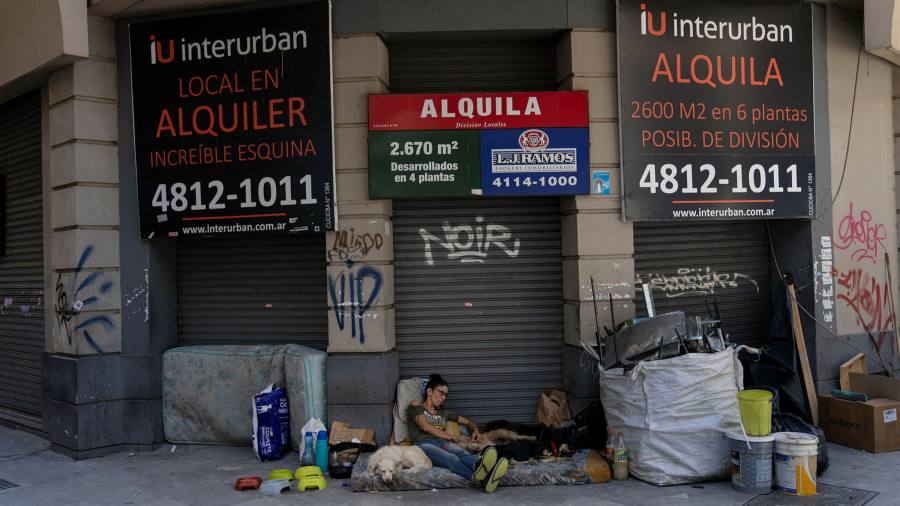 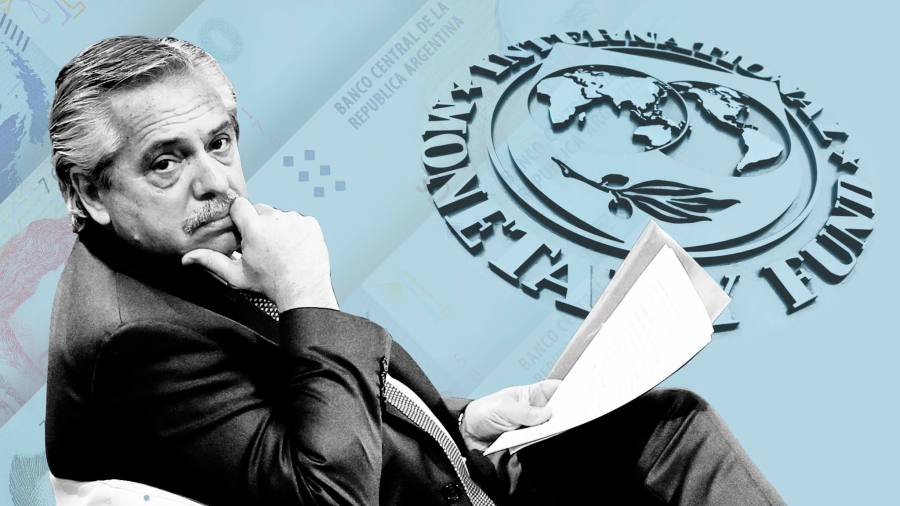 Fears are growing that Buenos Aires will not be able to meet a $2.8bn repayment in March 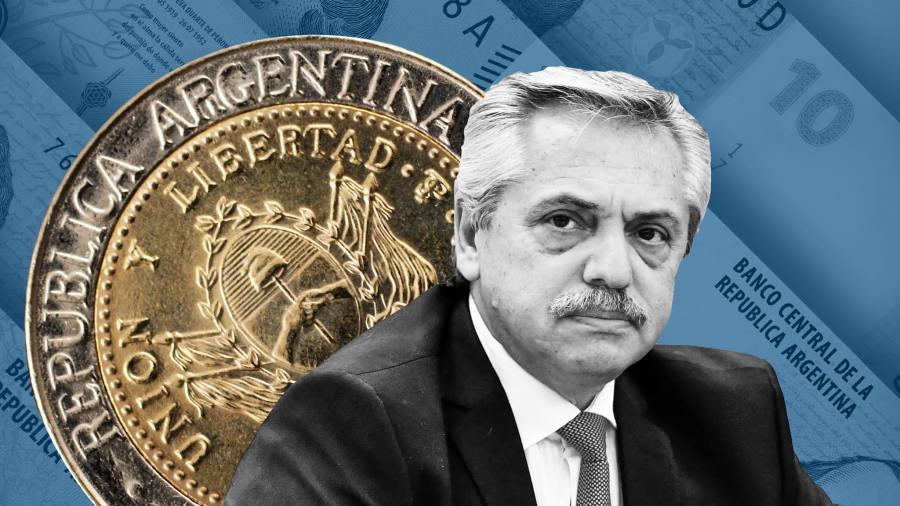 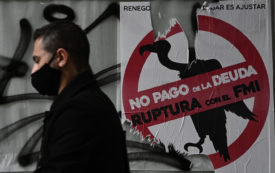 The post Argentina and the Future of Finance Capitalism appeared first on The Nation. 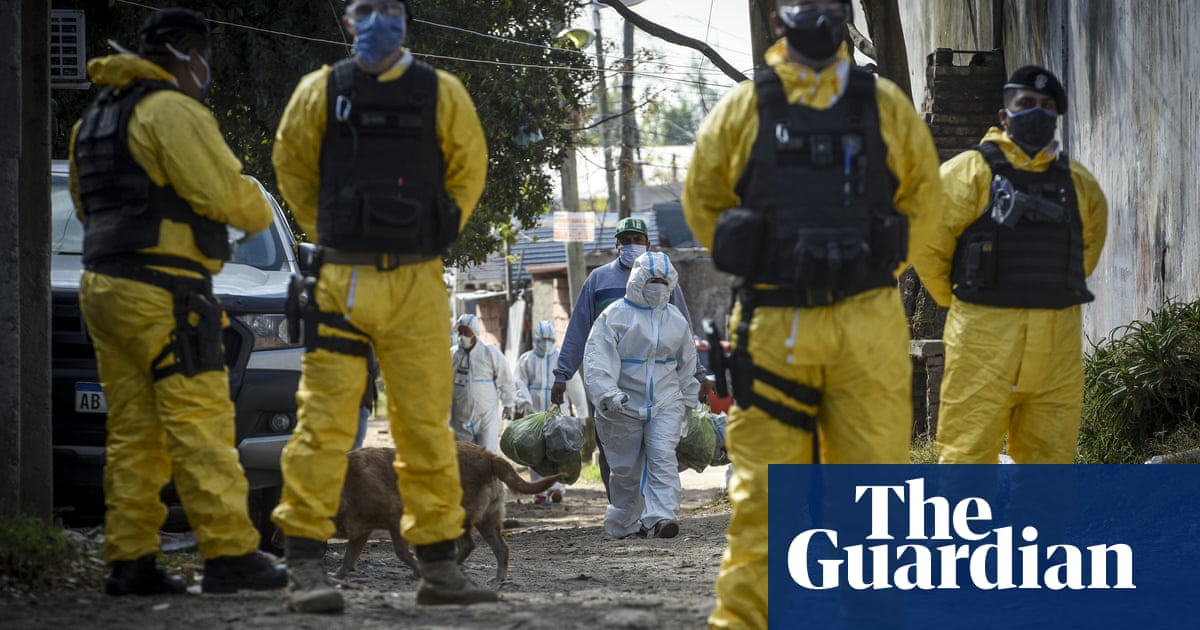 Security forces in Argentina have cordoned off one of the country’s poorest slums, preventing inhabitants from entering or leaving the neighbourhood after a surge of coronavirus cases.

Police officers erected barriers at the entrance to Villa Azul on the outskirts of Buenos Aires on Monday after widespread testing was launched in poorer districts. 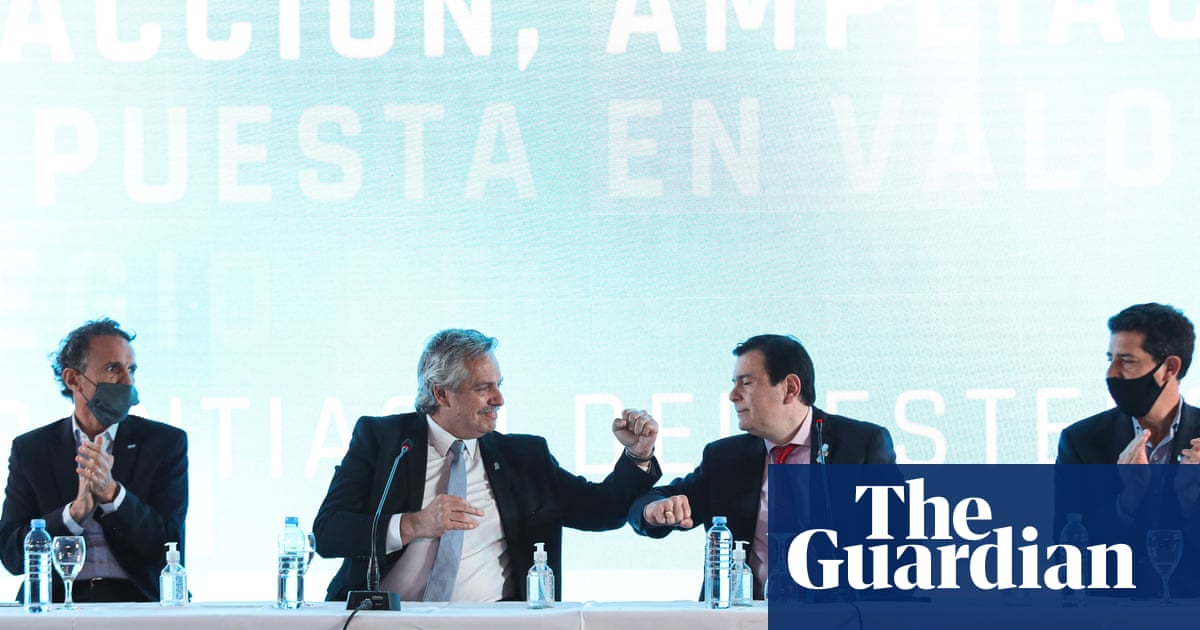 Argentina is on course for a technical default on its government borrowing on Friday as the country continues to hold talks with international investors over plans to restructure its debts.

Financial investors said they expected the country to miss $500m (£410m) in interest payments on its borrowing, according to the Reuters news agency, as the government tries to renegotiate its borrowing before a 2 June deadline.

Argentina is currently engaged in intense negotiations with its creditors over at least $65 billion in government debt. The most important part of that negotiation, which can make or break Argentina’s economic recovery, is foreign currency debt. That is mostly in dollars, and mostly owned by foreigners.

Argentina’s 45 million residents, as well as hundreds of millions of people on this planet, have a large stake in the outcome of these negotiations. With vital foreign exchange earnings plummeting in the world recession, how much will be used for essential imports such as medicine or food, and how much to pay off debt?

If governments are forced to use scarce foreign currency to make unsustainable debt payments, they will not be able to afford the health care, testing, medical equipment, and even “social distancing” measures to contain the coronavirus pandemic. And if the austerity prolongs or deepens economic crises, the problems of dealing with the health crisis worsen.

These are the kinds of dire choices that sovereign debt negotiations could set the precedent for in the coming months.

The World Food Program projects that the number of people who will be on the brink of starvation this year will roughly double, from 135 million to 265 million. In 2020 and 2021, low-and middle-income countries’ payments on their public external debt alone will soar to between $2.6 trillion and $3.4 trillion. Argentina is among the many countries whose current debt burden is unsustainable. Some of the largest creditors rejected the government’s initial offer, but they would be foolish to force Argentina into default. This could happen on May 22 when a grace period for interest payments expires, or earlier if negotiations break down.

To its credit, the International Monetary Fund has recognized this reality since at least February, when it explained why it would not be possible for Argentina to use budget austerity to pay down the debt. A “meaningful contribution from private creditors” would be necessary to restore debt sustainability, the I.M.F. economists stated. In other words, private creditors — who own 41 percent of Argentina’s foreign currency debt — would have to get less than their bonds’ promised payments.

Recognizing the need for the recovery of an economy already in its third year of recession, the I.M.F. conducted a more detailed analysis of Argentina’s debt crisis in late March that proposed no spending cuts for the next four years. They concluded that the Argentine government could not afford to make any debt payments in foreign currency to private creditors from 2020 to 2024.

The I.M.F. analysis of what might be sustainable is thus similar to what the recently elected Argentine government of President Alberto Fernández is proposing.

Of course the I.M.F. has also emphasized that there is enormous uncertainty about the near future and downside risks, since so much of what happens to both the Argentine and the regional and world economy depends on the unpredictable course of the pandemic. Even in the United States, a high-income country whose central bank is currently printing trillions of dollars, the pandemic has led to losses of jobs and gross domestic product at levels not seen for more than 70 years.

But the dangers are vastly greater for low-and-middle income countries, as in Latin America. The loss of export revenue can lead to balance of payments crises because the economy depends on these dollar earnings to pay for imports and debt service. The result can be shortages of essential, even lifesaving imports; as well as debt and financial crises that feed prolonged recessions and even depressions.

The Argentina case clearly shows how important it is for governments to be able to achieve a sustainable debt settlement, and how dangerous it is to try and pay a debt burden that is unsustainable.

In fact, some of these dangers materialized in Argentina before the Covid-19 crisis and world recession struck: an I.M.F. loan agreement with the prior government for a record $57 billion in 2018 required tighter budget and monetary policies. The result was exorbitantly high interest rates, a sharp depreciation of the peso and high inflation as well as increasing foreign indebtedness, and the deep recession that continues to this day.

These kinds of avoidable downward spirals have happened in various countries when previous crises hit, as during the financial crisis and Great Recession between 2008 to 2009, the Asian financial crisis of 1997-1999, or Latin America in the 1980s, a period known as the lost decade. These tragic outcomes could be repeated now if unsustainable debt burdens are backed by deadly austerity. And the immediate threat to human life today is much greater, as the difference between governments taking the necessary steps to contain the coronavirus, and not doing so, is estimated at millions of lives.

Here in the United States, there is at least some attention to the injustices exacerbated by the Covid-19 depression: for example, much higher infection and death rates by race and income.

Yet vast structural inequalities at the international level are exacerbated even more than they are nationally by the pandemic, and international debt and finance are among the main vehicles through which this happens. But Argentina’s debt negotiations can take a better path.

Argentina has put forward a reasonable proposal for restructuring its foreign currency debt with private creditors. Its latest offer postpones debt payments for the next three years. It extends maturities and reduces interest rates going forward from an average of about 7 percent to 2.3 percent. There is a minimal reduction in principal.

Martín Guzmán, the Argentine economy minister, has said that the government is flexible in the combination of these measures, so long as the debt is sustainable.

Creditors should accept the reality that unsustainable debt burdens only lead to worse crises up the road. At this crucial moment in the global pandemic and recession, many lives may depend on this understanding.

This column first appeared in the New York Times.

The post Lives Depend on Argentina’s Debt Talks appeared first on CounterPunch.org.

The easiest way to understand a complex system like white supremacy is to see that system in action. When it comes to the multifaceted system that is white supremacy, we should look at a nation that has used the weapons of white supremacy to remove Blacks from their population: Argentina

In 80 years, Argentina reduced the Black population from almost half of the overall population to less than 4 percent using very specific weapons of white supremacy. According to records, African slaves first arrived in Argentina in the 1500s. They joined millions of other slaves across the Americas who were forcibly removed from their homelands to toil in Argentina under white masters. Even though there are an estimated 1 million Black Argentines alive today, few claim Black as their race because Africans are perceived to be “undeveloped and uncivilized”.

The post How The Weapons Of White Supremacy Wiped Out The Afro Argentines appeared first on PopularResistance.Org.