I was in Nuremberg during the war crimes trials which followed WWII. My father, Brig. Gen. Telford Taylor, was Chief Prosecutor during the  second,  American phase.  The French, Russian and British staffs had gone home to  continue trials at home, but the US stayed longer, and  scheduled about 400 additional  defendants. They were divided into More

The post War Crimes, From Nuremberg to Ukraine appeared first on CounterPunch.org. Much of the western U.S. has been in the grip of an unrelenting drought since early 2020. The dryness has coincided with record-breaking wildfires, intense and long-lasting heat waves, low stream flows and dwindling water supplies in reservoirs that millions of people across the region rely on. Heading into summer, the outlook is pretty grim. More

The post Grim 2022 Drought Outlook for Western US appeared first on CounterPunch.org.

The post The Sane Society? appeared first on CounterPunch.org. It is no mystery why Democrats want to push student loan forgiveness. The college-educated elite is today’s Democratic Party’s base. That’s why Joe Biden ran on the campaign promise of forgiving their student loan debt. (And like nearly all of his campaign promises he never had any intention of actually keeping that promise.) Basically student More

The post Student Loan Forgiveness is not a Working Class Priority appeared first on CounterPunch.org.

The meeting between Russian Foreign Minister Sergey Lavrov and Chinese Foreign Minister Wang Yi, in the Chinese eastern city of Huangshan on March 30, is likely to go down in history as a decisive meeting in the relations between the two Asian giants. The meeting was not only important due to its timing or the More

The post ‘Towards a Multipolar World Order’: Is This the End of US Hegemony? appeared first on CounterPunch.org.

A three-year-old video from the 2019 Democratic Socialists of America national conference has been making the rounds on social media. In the video conference organizer Samuel Allison-Natale asks the crowd of “radicals” to refrain from making any sort of loud noise, while demonstrating goofy hand gestures to be used in place of clapping. At another More

The post The Woke Saviors of the DSA appeared first on CounterPunch.org.

A three-year-old video from the 2019 Democratic Socialists of America national conference has been making the rounds on social media. In the video conference organizer Samuel Allison-Natale asks the crowd of “radicals” to refrain from making any sort of loud noise, while demonstrating goofy hand gestures to be used in place of clapping. At another More

The post The Woke Saviors of the DSA appeared first on CounterPunch.org. Alexander Dugin is quite possibly, after Steve Bannon, the most influential fascist in the world today. His TV station reaches over 20 million people, and the dozens of think tanks, journals and websites run by him and his employees ultimately have an even further reach. You, dear Counterpunch reader, will almost certainly have read pieces originally emanating from one of his outlets.

His strategy is that of the ‘red-brown alliance’ – an attempt to unite the far left and far-right under the hegemonic leadership of the latter. On the face of it, much of his programme can at first appear superficially attractive to leftists – opposition to US supremacy; support for a ‘multipolar’ world; and even an apparent respect for non-western and pre-colonial societies and traditions. In fact, such positions – necessary as they may be for a genuine leftist programme – are neither bad nor good in and of themselves; rather, they are means, tools for the creation of a new world. And the world Dugin wishes to create is one of the racially-purified ethno-states, dominated by a Euro-Russian white power aristocracy (the ‘Moscow-Berlin axis’) in which Asia is subordinated to Russia by means of a dismembered China. This is not an anti-imperialist programme. It is a programme for an inter-imperialist challenge for the control of Europe and Asia: for a reconstituted Third Reich.

In order to read CP+ articles, your web browser must be set to accept cookies.

The post Alexander Dugin and Fascism on the Left  appeared first on CounterPunch.org. It has been darkly amusing to watch one Pavlovian “Enemy of Enemy is my Friend” buffoon after another among what CounterPuncher Eric Draitser calls those “terminally online leftists who push a pro-Kremlin narrative about [Ukrainian] Nazis” line up behind Russian dictator Vladimir Putin’s invasion of Ukraine in the names of anti-imperialism and anti-fascism. More

The post On Putin, the Ukraine War, the United States and Fascism appeared first on CounterPunch.org. 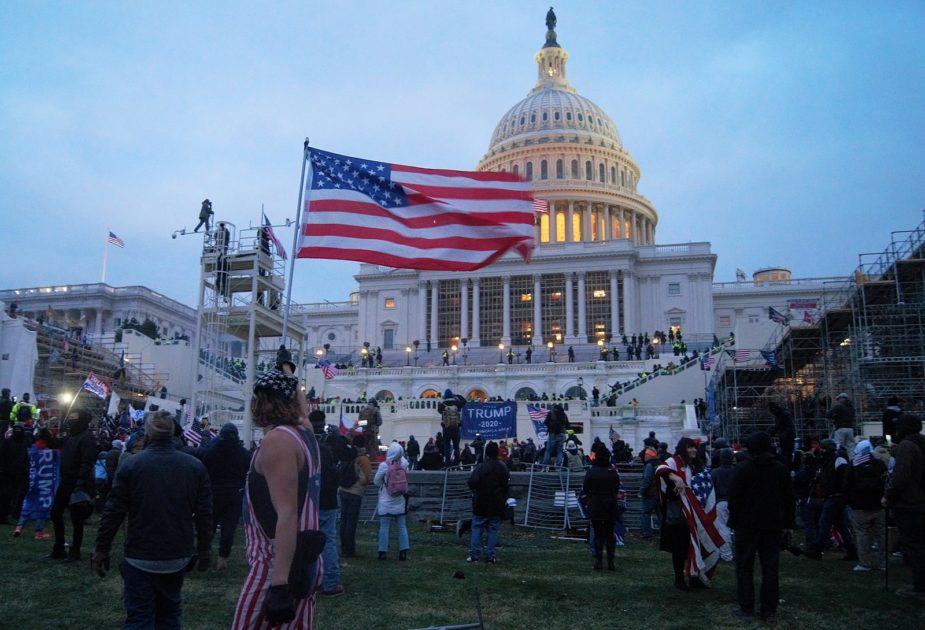 Over a year after the harum-scarum storming of the U.S. Capitol, there is ample evidence that it was an inside job. Not only was the security detail intentionally minimized to the extreme, but decisions were made at the highest levels of the chain of command to allow a right-wing mob to rampage through the building. At the forefront of this antidemocratic horde, as we shall see, there were fascist or semi-fascist organizations whose leadership has multiple direct ties to the military and intelligence agencies. All of this raises fundamental questions regarding the true nature of the U.S. government and its relationship to fascism.

The post Lessons From January 6th: An Inside Job appeared first on PopularResistance.Org.