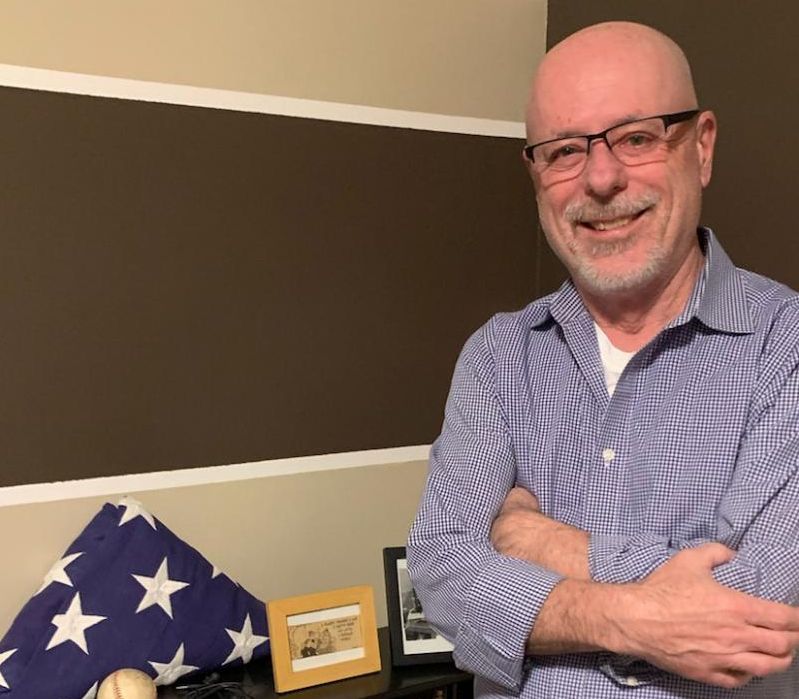 Democratic candidate Richard Ringer, who is running for a statehouse seat in the 51st District of Pennsylvania, reported to the police that he was knocked unconscious and left bloodied by an attacker in his backyard.

Ringer is a 69-year-old man running against Republican Charity Graham Krupa for the seat.

The Pittsburgh Post-Gazette reports ““He was larger than I am and he pinned me down on my left side. … He hit me 10 to 12 times in the head, in the face and by the eye and he knocked me out.”

Ringer believes the attack is due to political violence and threats against his person. Already there has been two cases of vandalism that have happened in the last couple of weeks

One, a threatening apparently election-related message spray-painted on his garage door and the other a brick thrown through a storm door window. The spray-painted message was partially washed off by the rain by the time Mr. Ringer saw it, but what was left clearly visible were the words “your race” and “dead.”

A pattern is emerging.

A pattern of violence is emerging against Democratic politicians and their families.

We will be documenting all of them. 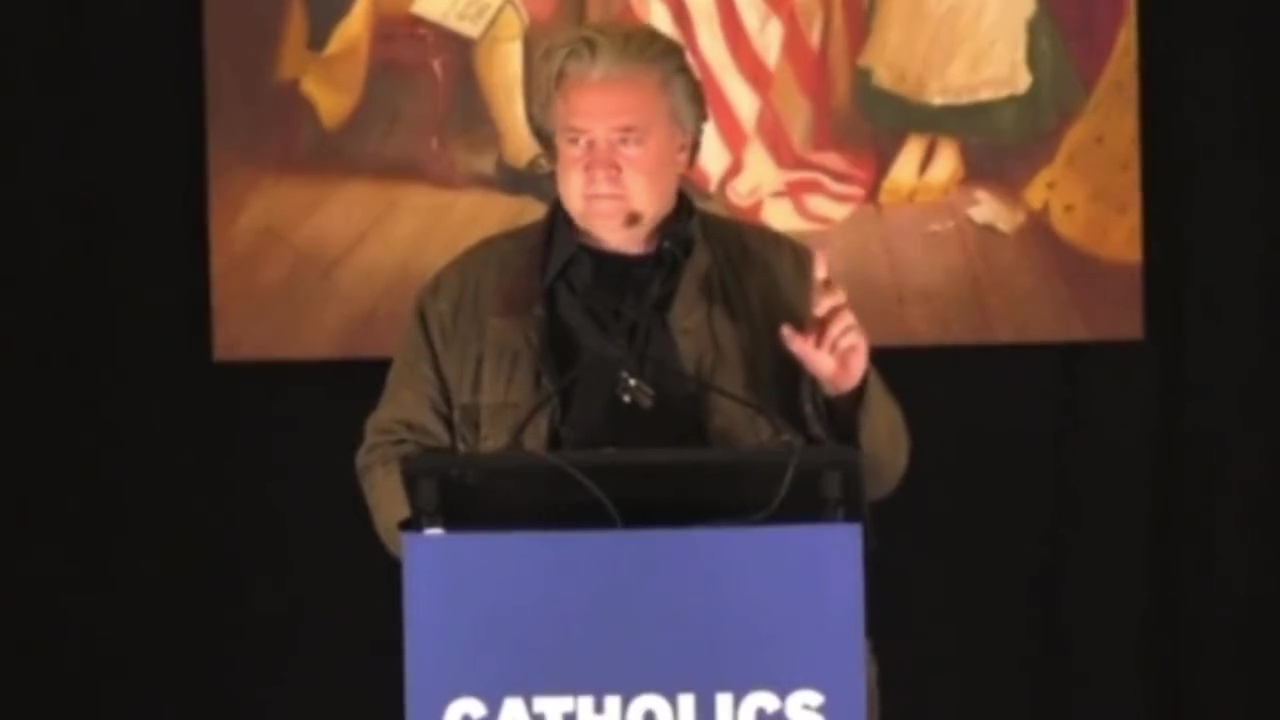 Steve Bannon told an audience of Catholics that Christian nationalism can destroy the Democratic party as a political institution.

Taking a pager out of Adolf Hitler’s repertoire, Bannon did not hide his contempt for US Democracy and any opposing views.

“You know what their greatest fear is? What they refer to as Christian nationalism,” Bannon said.

(That’s exactly what Bannon supports and what the MAGA cult thrives on.)

This is in reference to the Black Lives Matters protests of 2020 in the aftermath of the police killing George Floyd. Their anger had nothing to do with politics, MAGA, or Mao.

“Are there any federal charges on that?” Bannon asked.

Right-wing grievances is at the heart of their extreme religious movement.

Also, BLM did not attack the US Capitol, so no.

“Let’s make sure we understand exactly what we’re fighting,” he said.

Discussing the midterms, he let the venom fly. 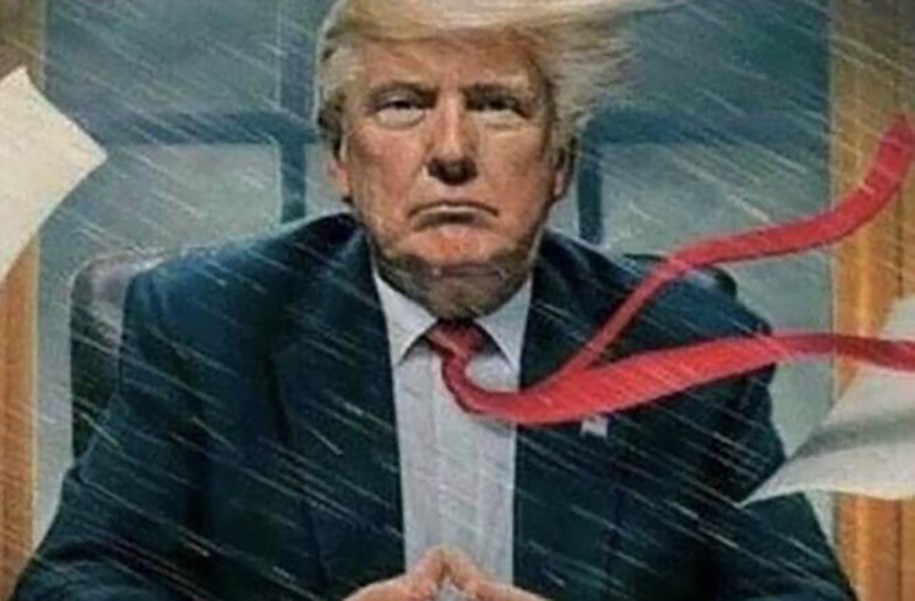 Donald Trump’s recent open embrace of the QAnon conspiracy cult that deifies him has predictably metastasized into full-on identification. This became clear at his Sept. 17 rally in Youngstown, Ohio, where QAnon fans in the audience raised their fingers in a coded salute while Q-derived theme music played over the loudspeakers. Over the past couple of weeks on his Truth Social chat platform, he has repeatedly posted and reposted Q-derived memes and hashtags, including ominous suggestions of future Jan. 6-style insurrectionist violence.

Just as predictably, those hordes of QAnon cultists have been rapturous over what is now his open public embrace and how it normalizes them. After Trump posted an ominous Q meme—one reading, “Nothing can stop what is coming. Nothing”—a popular Q account reposted it, saying: “It doesn’t get more Q affirming than that. It’s almost like he’s trying to tell us something. Boom!” 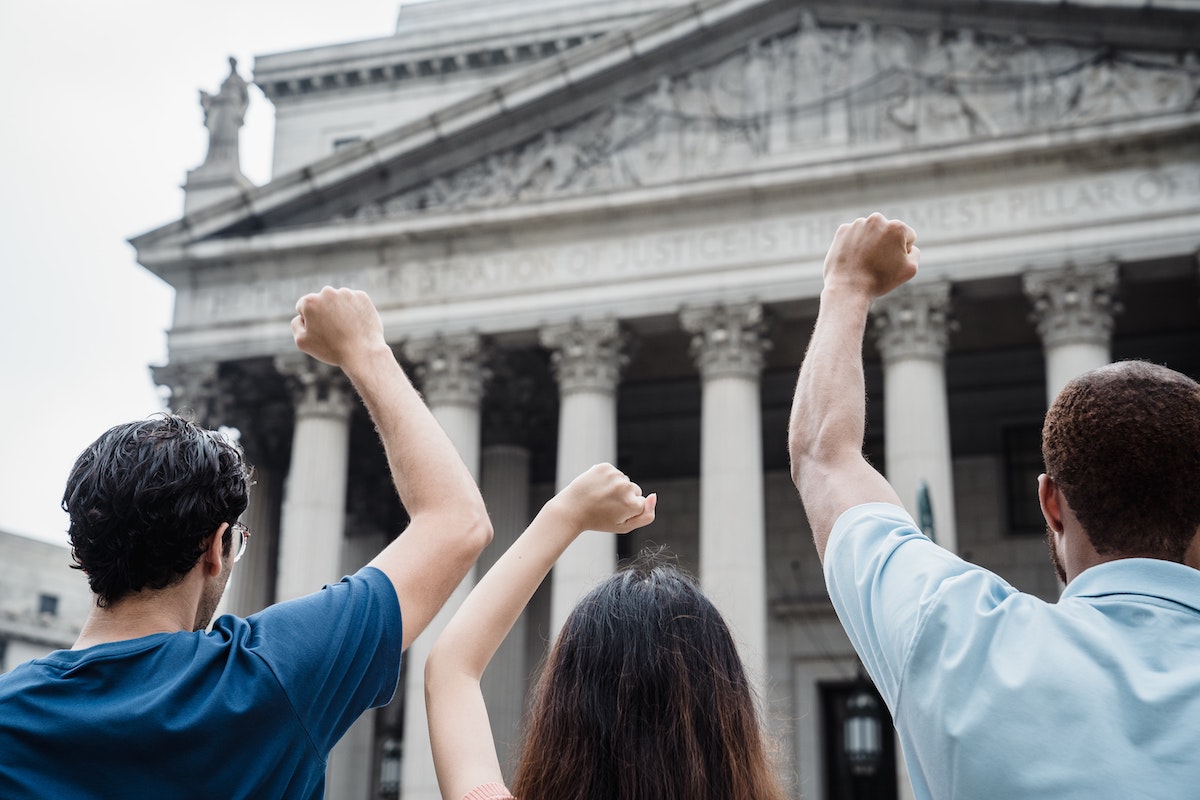 We’ve written extensively about the political shenanigans of Ginni Thomas and hubby Clarence Thomas’ refusal to recuse himself from cases she involves herself in and financially benefits from. But the financial secrecy is at least as concerning as her politicking. Politico noted that Justice Clarence Thomas “has chosen not to reveal any of his wife’s clients, let alone how much they contributed to the Thomas family coffers, dating back to when her consulting business was founded.”

Politico reported that Jane Roberts is a legal head-hunter at a firm representing “high-powered attorneys in their efforts to secure positions in wealthy firms,” meaning that her placements earn fat fees for her firm and, presumably herself. 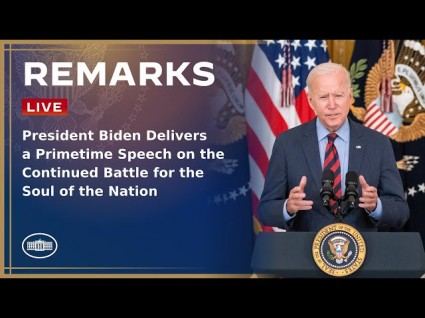 A new Reuters/Ipsos poll found majority of Americans believe Trump and his MAGA cult are a threat to US democracy.

This is encouraging news. Right-wing media (and many of the “mainstream” Beltway media) are so obsessed with every move Trump and his supporters make.

President Biden’s speech warning against the extremist MAGA wackos, as well as the Select Committee investigating the January 6 insurrection, are having an impact on the country.

In the face of anti-democratic forces, being silent is not an option. 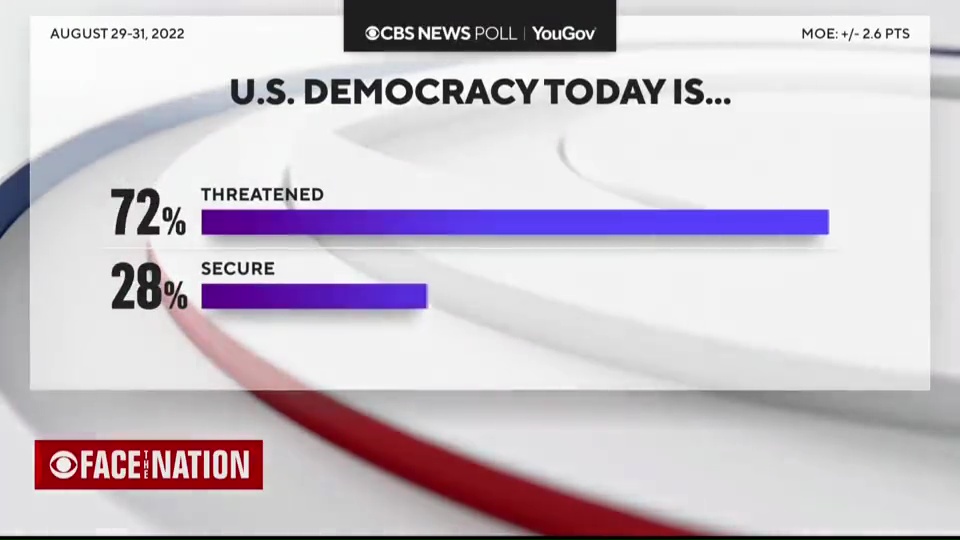 A new CBS You Gov poll shows that much of America is indeed worried about the safety of US democracy, and that fear stems directly from the insane antics and voter fraud lies spewed by Trump and his cronies.

72% of those polled say US democracy is under threat, and these are their biggest fears.

86%: Influence of Money in politics

It’s too bad that many hard-core Republicans feel there is rampant voter fraud.

CBS then outlines the extreme measures many states have taken to undermine voting rights in America, states polarized by voter fraud lies.

60% of Republican candidates running in swing states are election deniers. 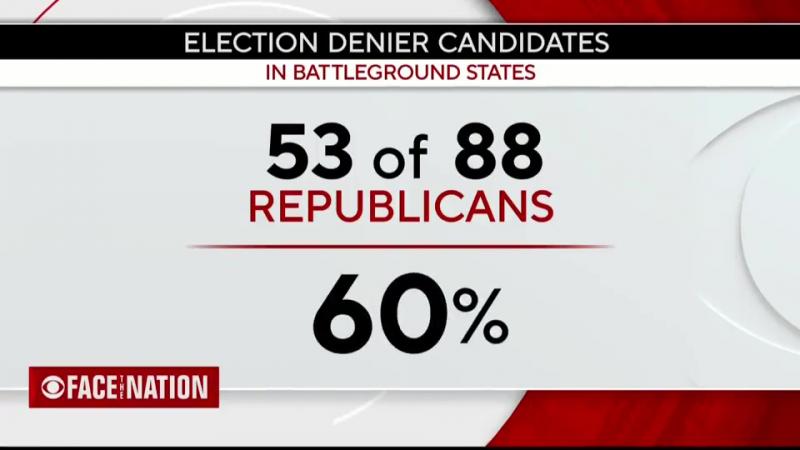 Hopefully, these states will not elect election deniers as their Secretary of State.

It appears the Select Committee investigating the insurrection on January 6 at the US Capitol has had a dramatic impact on the opinions of many Americans.

The committee’s work is much-needed in a time when the Beltway media overall does its best to normalize Traitor Trump’s antics. 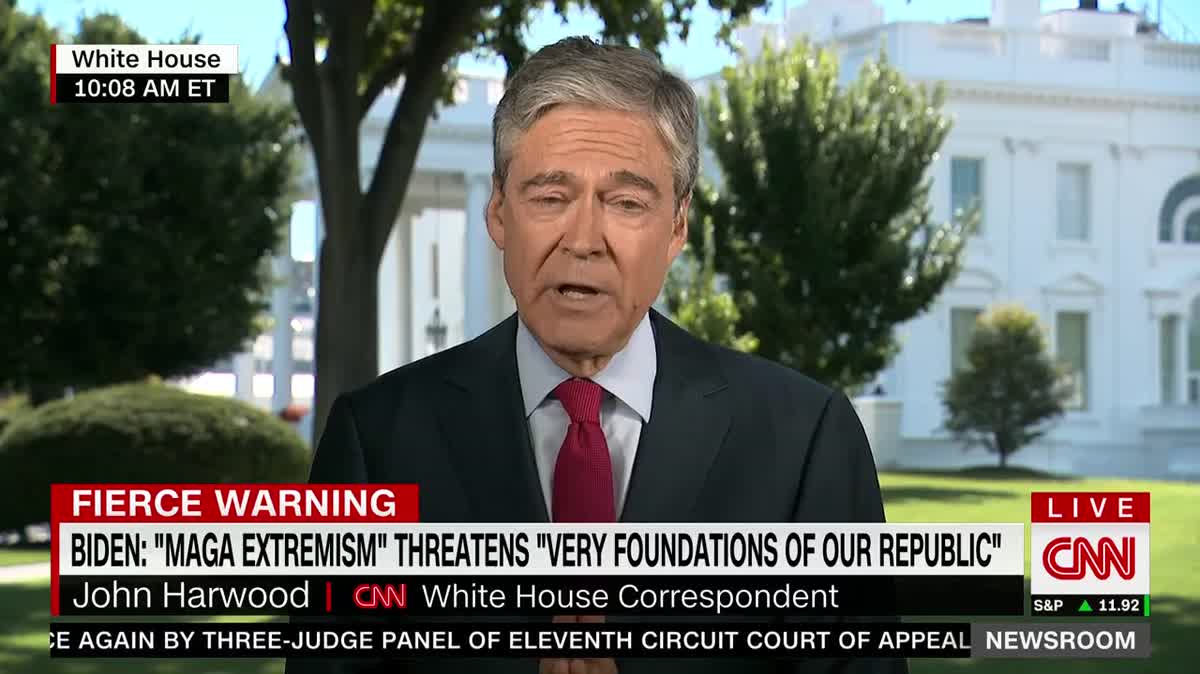 The right-wing takeover of CNN continues apace, as yesterday we saw this farewell segment from John Harwood. Via the Daily Beast:

The staff shakeups at CNN under new management and ownership continue. White House correspondent John Harwood announced Friday that “today’s my last day at CNN,” tweeting that he looks “forward to figuring out what’s next.”

Harwood came to the network in Jan. 2020 after spending 13 years at CNBC as a Washington correspondent, where he broke the news in 2008 that John McCain had picked Sarah Palin as his running mate. In 2015, he made a name for himself as a harsh Donald Trump critic after clashing with the then-candidate in a GOP primary debate—a reputation that continued at CNN.

His departure comes shortly after the network’s chief media correspondent Brian Stelter—long an antagonist of right-wing media—was terminated and his show canned.

Harwood appeared three times on CNN Friday morning, and apparently knowing that this was his last day, took the opportunity to deliver a parting message about the challenges facing journalism—and CNN itself—when covering the current state of politics. 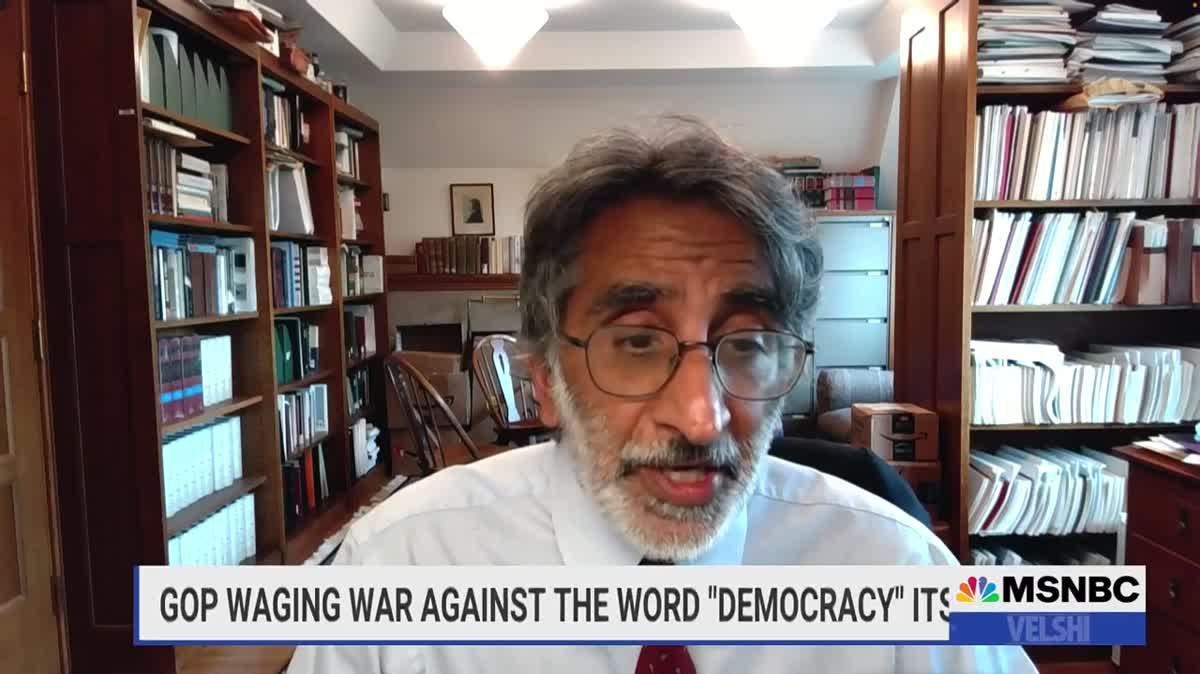 John Eastman may be in legal peril over his “fake electors” scheme but his plan to steal the election from the voters has a new lease on life with Republican legislatures.

The Republican argument that the U.S. is a republic, not a democracy, is part of yet another GOP assault on democracy. Constitutional expert and Yale professor Akhil Reed Amar talked with Ali Velshi on Saturday about this somewhat under-the-radar Republican legal tactic.

Amar dismissed any argument that the U.S. is either a republic or a democracy. “It is both,” he said, because while we are a republic, “the democratic principle is carried into every part of the government.” He explained that while the Constitution gives state legislatures a lot of power, they aren’t really independent because they “are creatures of state constitutions” which are democratically adopted, amended and enforced by elected state justices.

For starters, the GOP claim is a branding tactic to delegitimize Democrats as well as voters, Amar said.

But it’s far worse than that.

States like Arizona, Georgia, Pennsylvania, Michigan and Wisconsin all have Democratic presidential electorates but Republican legislatures, Amar pointed out. “What is going on is a carefully laid plan, in 2024, to actually start to take power away from the voters in the presidential election and relocate them to the Republican state legislature,” Amar continued. 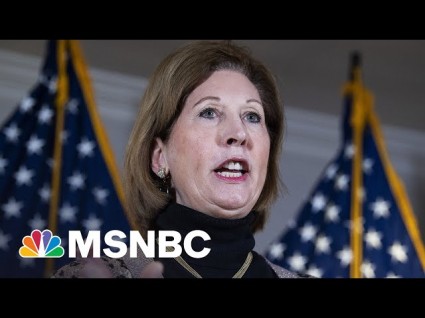 A team of computer experts directed by Trump-affiliated lawyers copied sensitive data from Georgia election systems as part of a secretive, multistate effort to access voting equipment that was broader, more organized and more successful than previously reported. Via The Washington Post:

As they worked to overturn Trump’s 2020 election defeat, the lawyers asked a forensic data firm to access county election systems in at least three battleground states, according to the documents and interviews. The firm charged an upfront retainer fee for each job, which in one case was $26,000.

Attorney Sidney Powell sent the team to Michigan to copy a rural county’s election data and later helped arrange for it to do the same in the Detroit area, according to the records. A Trump campaign attorney engaged the team to travel to Nevada. And the day after the Jan. 6, 2021, attack on the Capitol the team was in southern Georgia, copying data from a Dominion voting system in rural Coffee County. 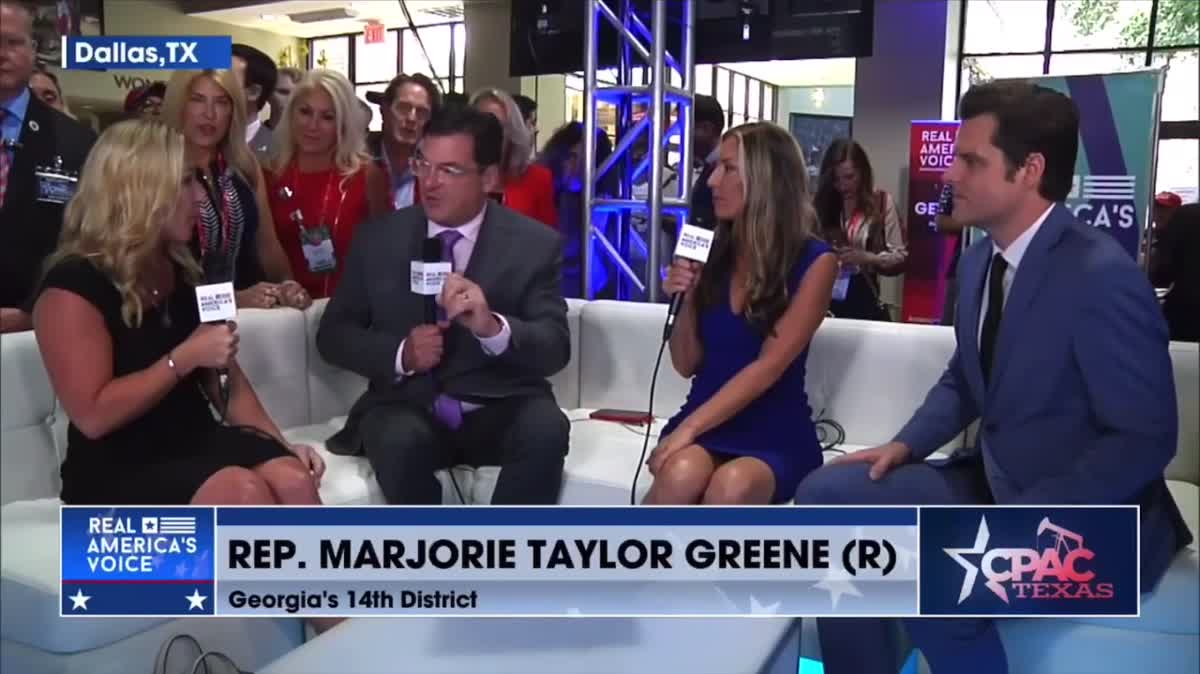 Rep. Gaetz made believe Georgia’s Klan mom is in charge of the House of Representatives.

“Marjorie* is already telling our caucus you gotta be ready to endure shut down,” he said.

*(Rep. Marjorie Taylor Greene isn’t even on any committees.)

Gaetz claimed establishment R’s and D’s will work against them. (Lawmakers that aren’t in the MAGA cult.)

“If you don’t secure this border, unfairly because if we don’t reinstate our heroes, our military who have been separated because of vaccine mandate.”

“If we don’t have an investigation of the origins of the coronavirus.”

“If we don’t have a committee investigating Hunter Biden and the compromise on the first family.”

Gaetz continued ranting that if their demands aren’t met, “We have to shut this government down!”

Rep. Greene replied, “Shut it down.”

This is what’s in store for this country if Americans vote for these traitorous, Christian nationalists in charge of Congress.