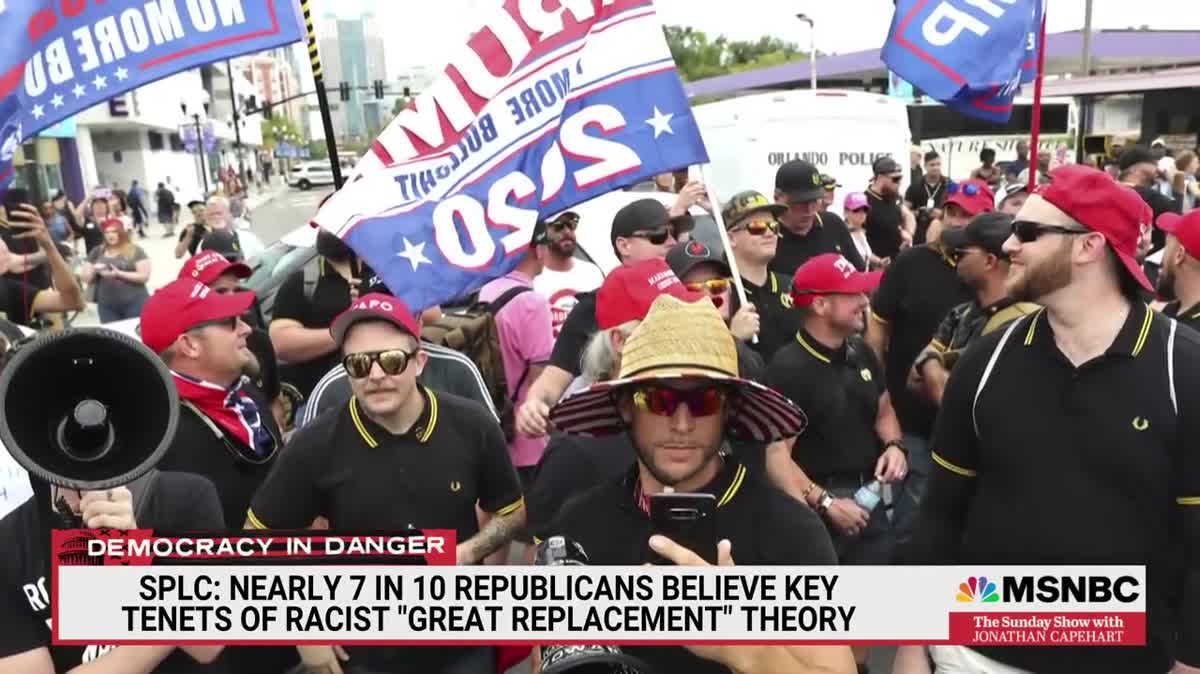 After a white gunman killed 10 Black Americans, we learned that he believed in the racist Great Replacement theory, which has been touted as credible by Fox News’s resident racist Tucker Carlson. It’s a highly paranoid conspiracy theory that baselessly claims that nonwhite people are being brought into this country to “replace” white voters to achieve some sort of political agenda. There are literally zero pieces of evidence to back that up, of course, and it’s a dangerous theory that alleges that nonwhite people will end the white race.

The Southern Poverty Law Center released a new poll revealing that most Republicans agree with key tenets of the racist “Great Replacement” theory. The Center’s Project Director, Susan Corke, talked to Jonathan Capehart about that. Corke said that the recent findings are “alarming,” but explained that it’s not new.

However, she said that she’s seen a rise in hateful rhetoric recently, and said that it’s “an incredibly dangerous belief.” 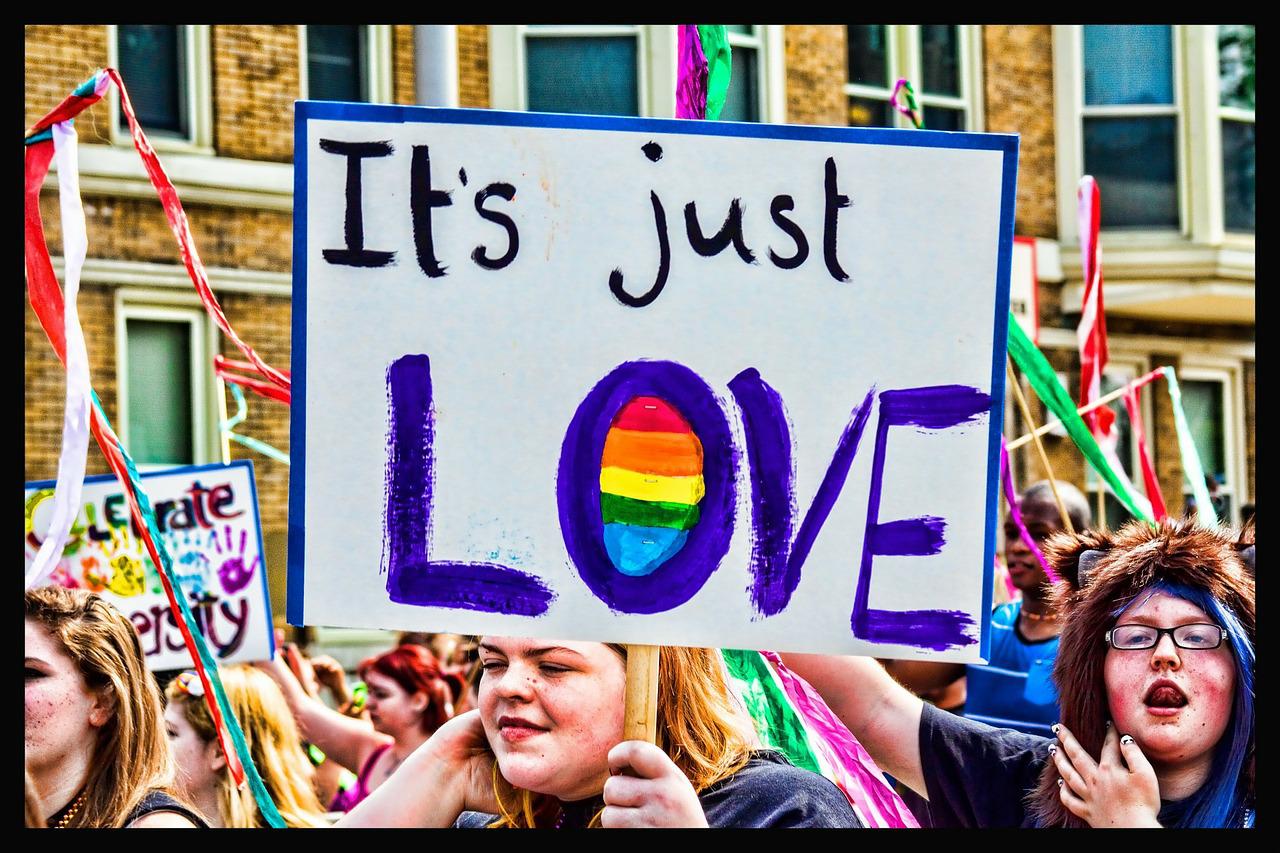 A week’s worth of gun violence seems to have whetted the radical right’s eliminationist appetite—and much of it appears, once again, to be directed at the LGBTQ community: 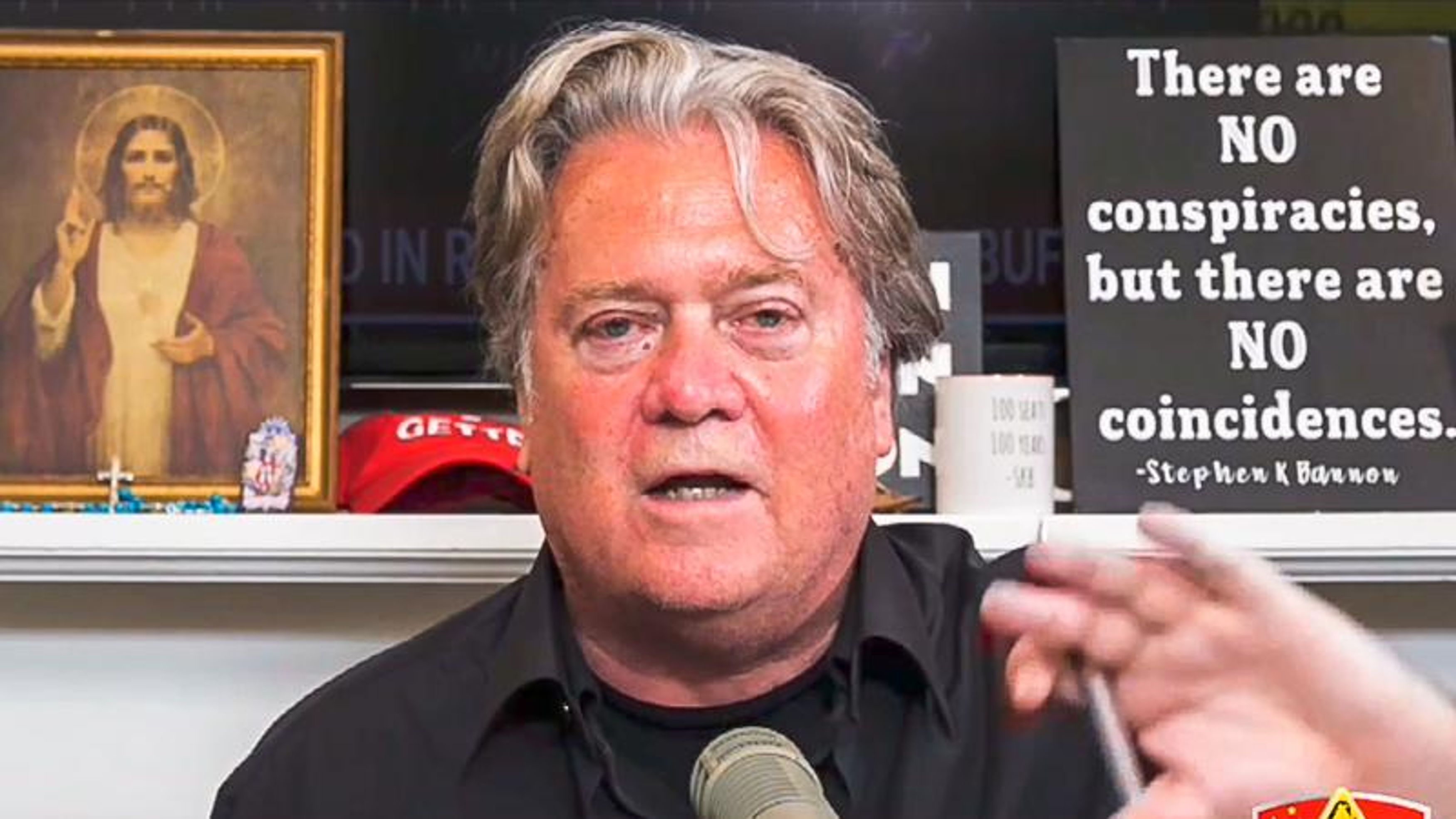 Conservative podcaster Steve Bannon on Monday vowed not to back down in promoting a racist conspiracy theory that was allegedly cited by suspected Buffalo gunman Payton Gendron.

On his daily War Room: Pandemic podcast, Bannon insisted reports about the “replacement theory” were meant to distract the public. Bannon has previously promoted a French book that inspired the theory, which claims that white citizens are being replaced by immigrants.

“Of course, all of the morning shows are all over Tucker Carlson and a few others about the replacement theory,” Bannon complained. “They seem to miss the point. And here’s what we’re not going to back off on. For people who have followed this show from day one, we are inclusive nationalists. Right?”

“OK? So, this is not about race,” he continued. “This is about American citizenship! This is about the value of your citizens.”

Bannon said that he was “not backing off one inch” despite the shooting. 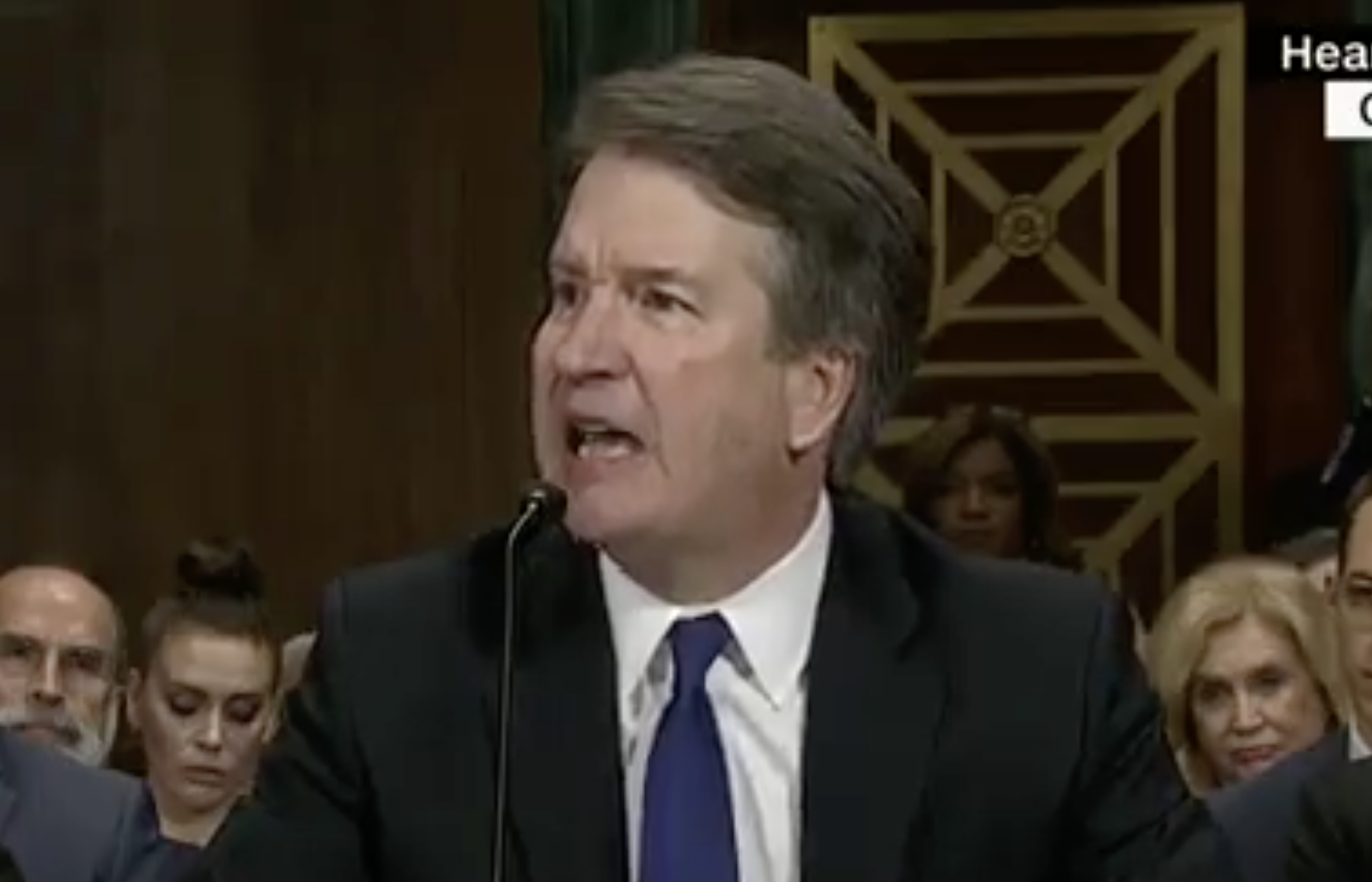 The right-wing freakout over peaceful protests outside the homes of Supreme Court justices and chalk on the sidewalk in front of Republican senators’ homes, built around the seeming belief that any kind of protest at all is an act of violence, is actually a piece of classic right-wing projection. Conservatives assume that all protests feature intimidation and menace, bellicose threats, and acts of violence, because they themselves know no other way of protesting, as we’ve seen over the past five years and longer—especially on Jan. 6. 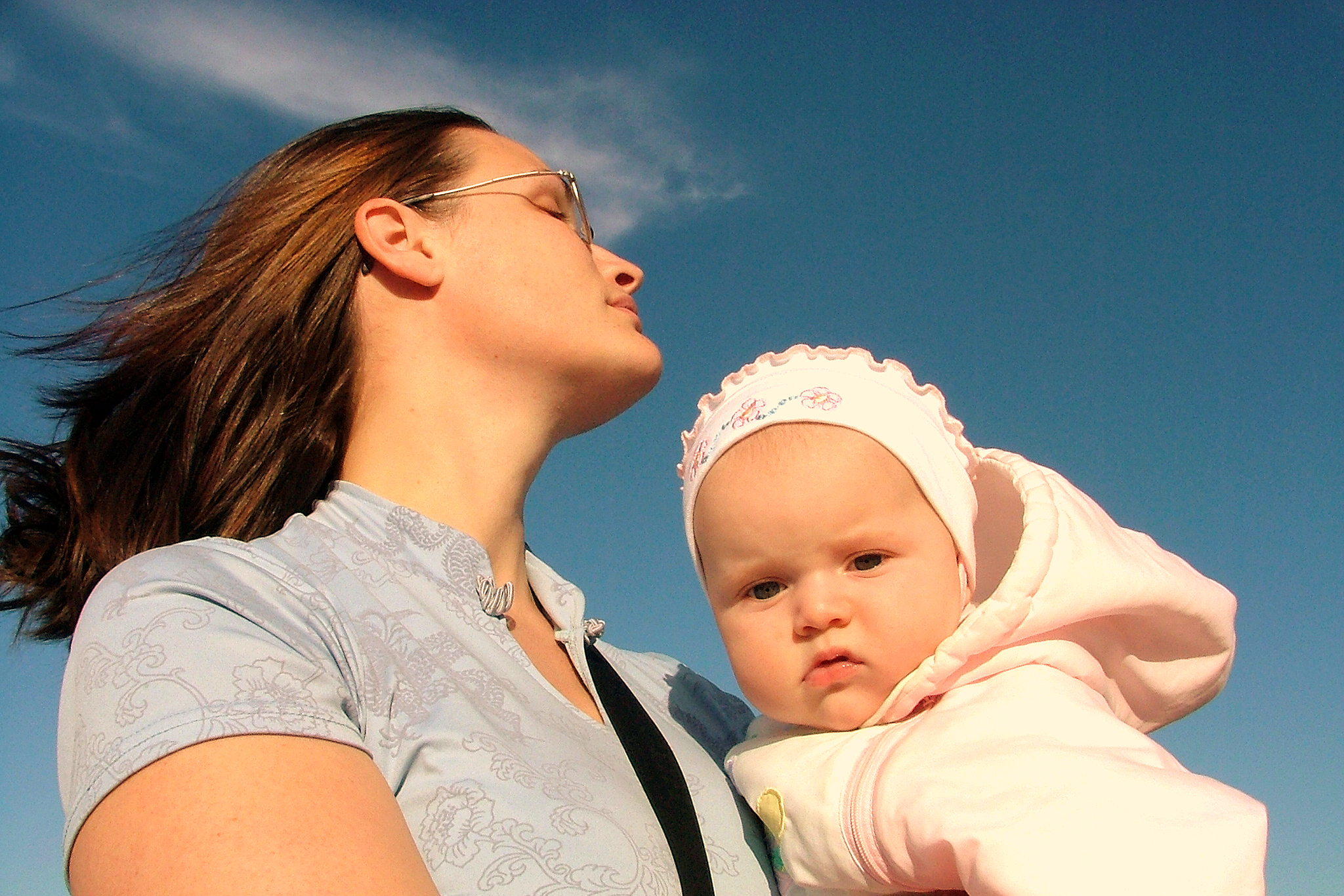 Most women helped by these charities are in their 20s.
Damir Khabirov/iStock via Getty Images Plus

Donations to abortion funds are reportedly surging following the leak of a draft U.S. Supreme Court abortion decision that signaled the imminent end of legal abortion in much of the country. 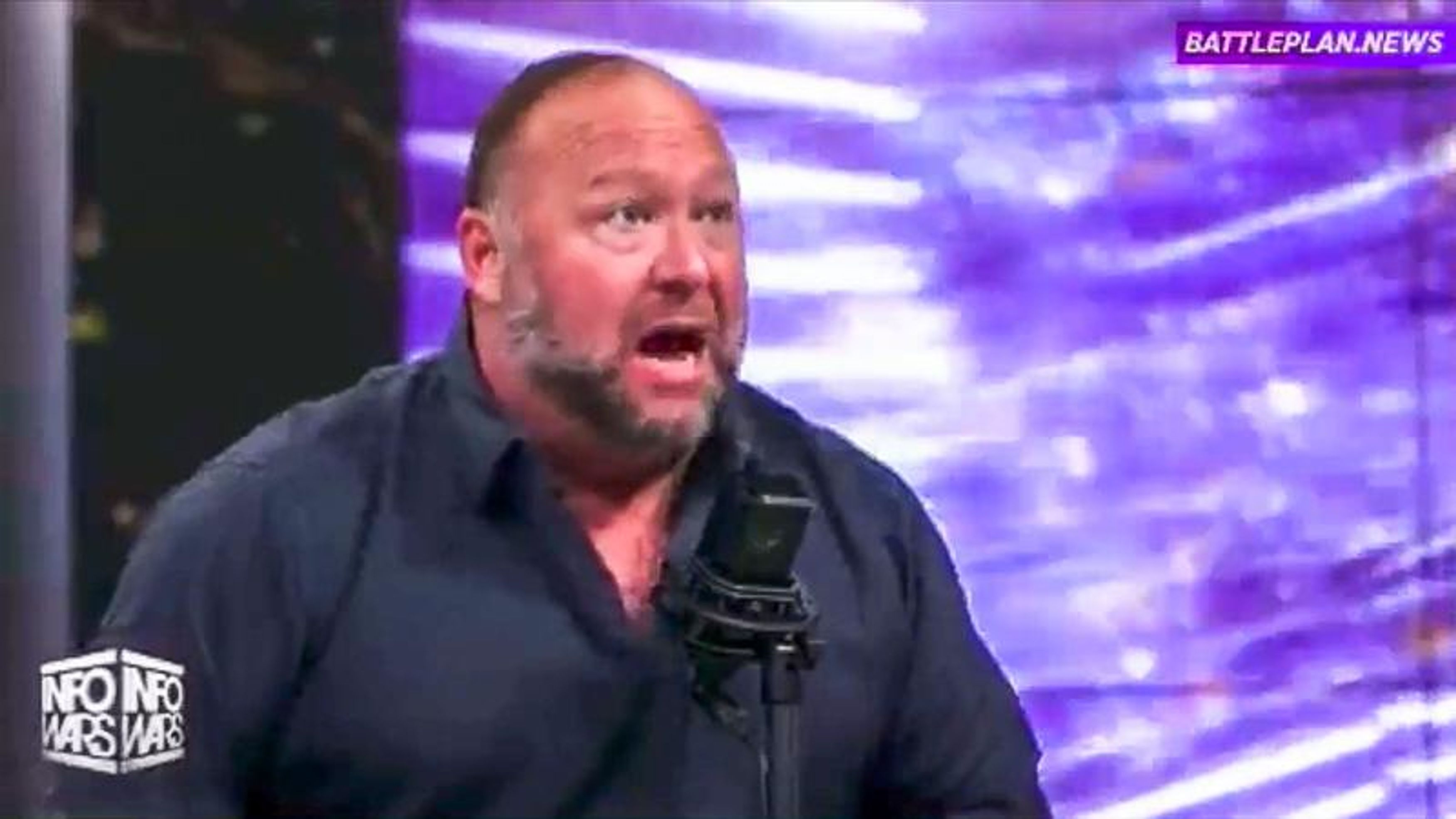 During his daily broadcast, Jones lost his temper after a caller asked who was behind QAnon.

“Q is such a horrible thing that I hate even talking about it,” Jones said, comparing the movement to a “cult.”

“It was all a delusion,” he added, “so the Democrats could steal the election.”

Sensing that he had not convinced the caller, Jones became irate.

“Do you understand that we lost the country because of Q?” Jones shouted. “And I have to put up with the Q people all over the place! And I’m tired of it!”

“So, I’m not mad at you, but you hit a button!” he exclaimed. “And the damn Q people were the ones that manipulated some people to go into the damn Capitol and work with the feds. Q is the worst people on Earth! Q is the new world order! Q is a psyop to lead us around by our noses!”

Jones later claimed that the QAnon movement was created by the Trump White House but was quickly taken over by the CIA.

Watch the video clip below.

Alex Jones melts down at a caller for asking about QAnon.

“We lost the country because of Q! I have to put up with the Q people all over the place! And I’m tired of it!” pic.twitter.com/le6WSrm2yp 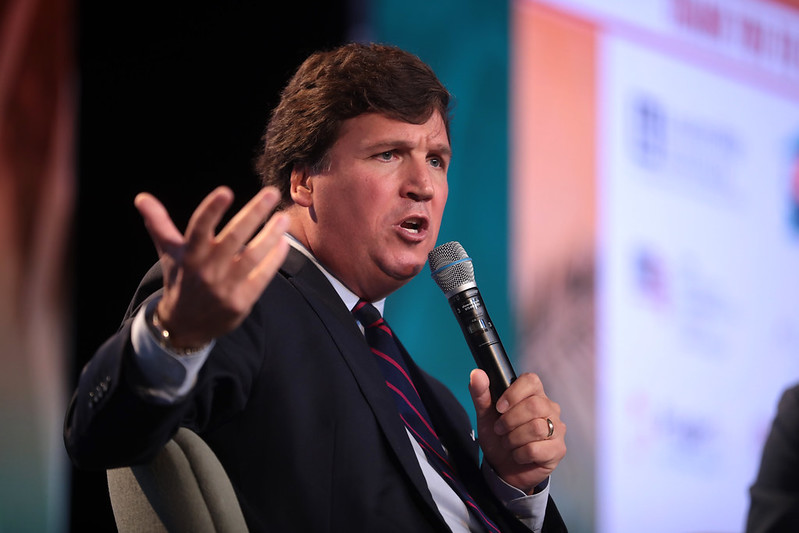 Ray Epps was always something of an odd choice for a right-wing scapegoat in the Jan. 6 Capitol insurrection, considering that you’d have trouble finding a more dedicated Donald Trump supporter and Oath Keepers member prior to that event. But then, the conspiracy theory concocted by far-right apologists for the riot claiming that Epps was secretly in cahoots with the FBI to make the Capitol siege happen as a way to entrap “Patriots” shows how readily these fanatics will eat their own.

And now the theory—promoted by Tucker Carlson and Glenn Greenwald and the whole “1/6 Truther” crowd, and largely discredited already because of its afactual premises—has crumbled completely. Freshly revealed information from the FBI’s investigation shows that Epps—contrary to the theory—had nothing to do with inspiring the initial breach of police barricades, and that moreover he had no connection with the FBI’s informants program.

The conspiracy theorists had pointed to Epps’ appearance at a key moment in the riot, at around 12:45 p.m. that afternoon at the northwestern corner of the Capitol lawn, where police had set up a barricade around which a crowd started to gather. Only five Capitol Police officers were stationed there, supported by a couple dozen more closer to the Capitol. The crowd chanted: “We love Trump!” 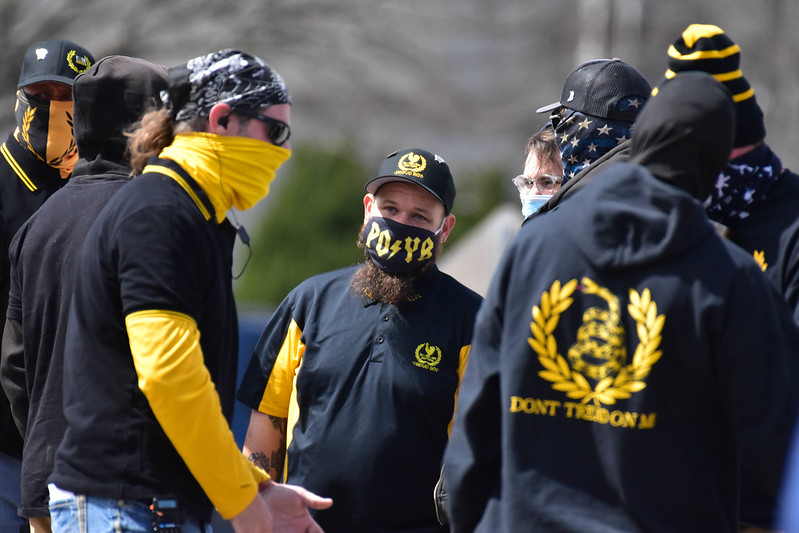 The radical right has been going through a period of post-Jan. 6 retrenchment and reorganization that has the surface appearance of a decline: A recent study of political violence in the U.S. finds that it declined sharply, numerically speaking, in 2021.

But just as the decline in the total numbers of hate groups over the same period disguised a shift on the ground in which fewer people signaled their radicalization with membership in hate groups, while certain groups also significantly increased in recruitment and in violent activity, the researchers at the Armed Conflict Location & Event Data Project (ACLED) who compiled the data warn that the underlying conditions around the decline indicate it is far more likely to be a period of calm before the storm. 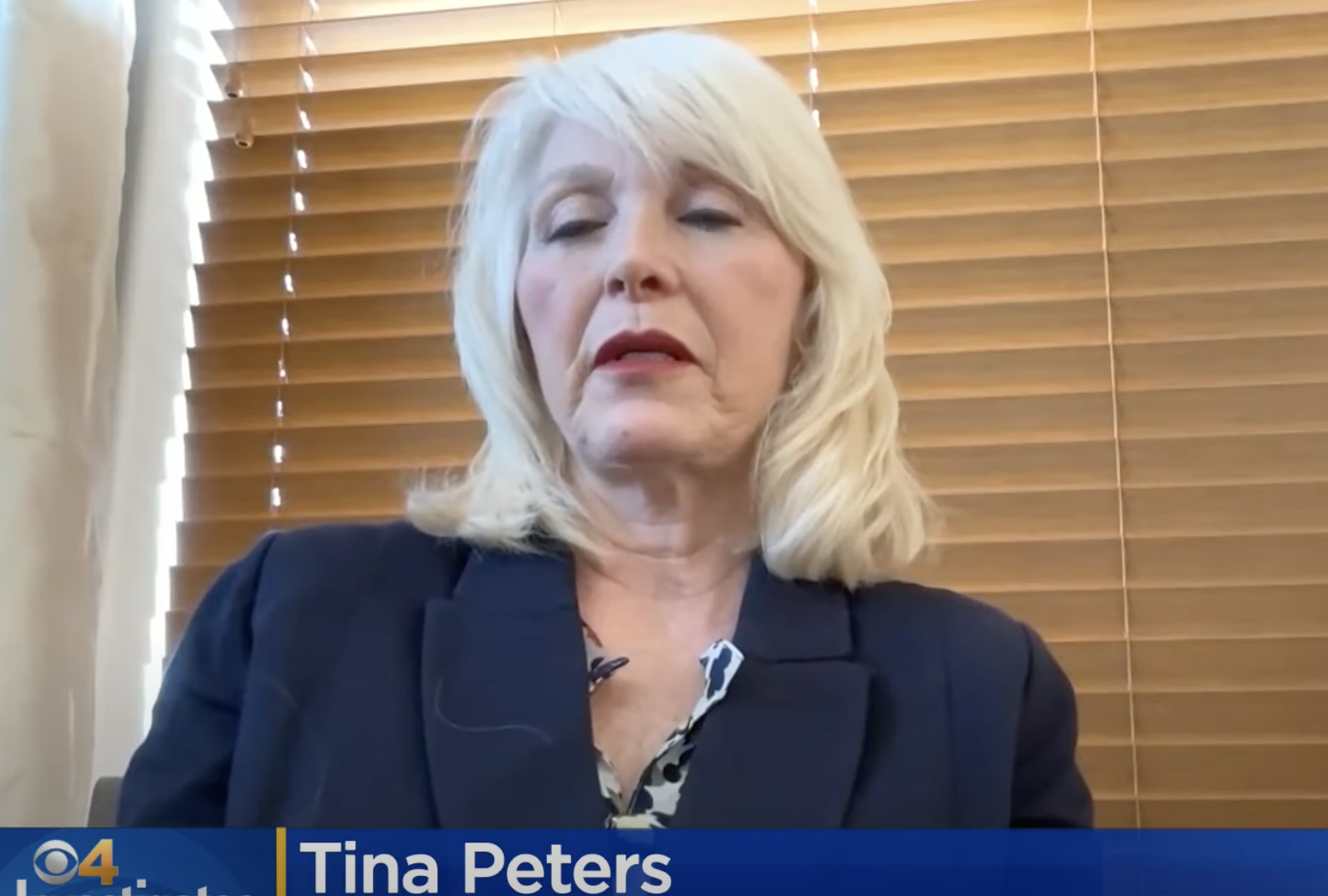 Reuters has an excellent report on pro-Trump Republicans who have attacked U.S. election systems, stealing voting data or attempting to do so under the supposed justification of searching for “election fraud.” Reuters counts eight known recent attempts, the most infamous being the case of Colorado election clerk Tina Peters, who now faces multiple felony charges after allowing voting data to be breached and stolen. But Peters isn’t the only pro-Trump official accused of attempted or successful thefts of voting data or unauthorized access to sensitive, must-be-secured-at-all-times election machines. 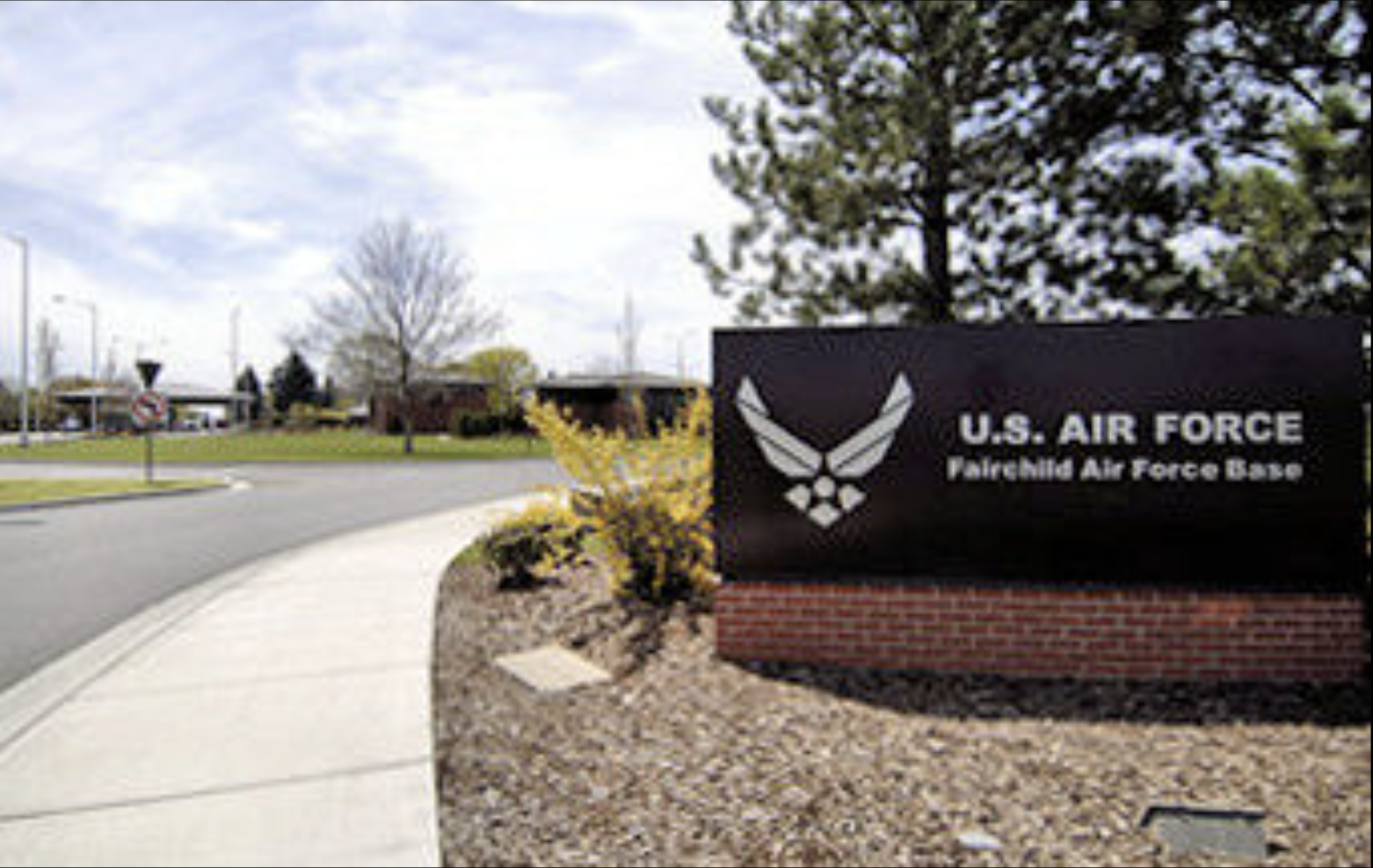 The stories keep bubbling up: In Spokane, Washington, two Air Force officers plotted to form a terrorist cell intended to “take our government back,” telling a recruit after the Nov. 2020 election: “I think the capital needs to be seized … No trial or chance to escape.” Meanwhile, in Columbus, Ohio, two buddies in the National Guard discussed carrying out violent terrorist acts: One of them fantasized about gunning down the Jewish schoolchildren at the academy where he had been hired as a security guard, while the other schemed up a plan to fly an airplane into the local Anheuser-Busch brewery.