Archive for category: FORTRESS ON A HILL 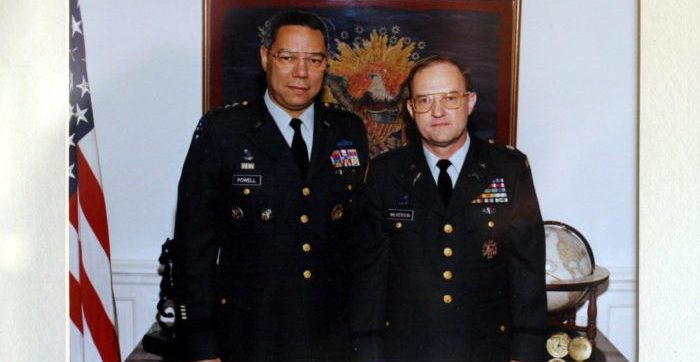 Powerful.  That’s how I’d describe today’s episode.  A deep dive into the mind of COL(R) Larry Wilkerson, his career as a U.S. Army officer to include combat in Vietnam, his close professional relationship with Colin Powell, his time at the State Department during the Bush II era, his thoughts on various conflicts to include Iraq and Syria, and his thoughts on the murder of George Floyd amidst the COVID-19 era.

Lawrence Wilkerson’s last positions in government were as Secretary of State Colin Powell’s Chief of Staff (2002-05), Associate Director of the State Department’s Policy Planning staff under the directorship of Ambassador Richard N. Haass, and member of that staff responsible for East Asia and the Pacific, political-military and legislative affairs (2001-02).

The post Fortress On A Hill: Interview With Larry Wilkerson appeared first on PopularResistance.Org.