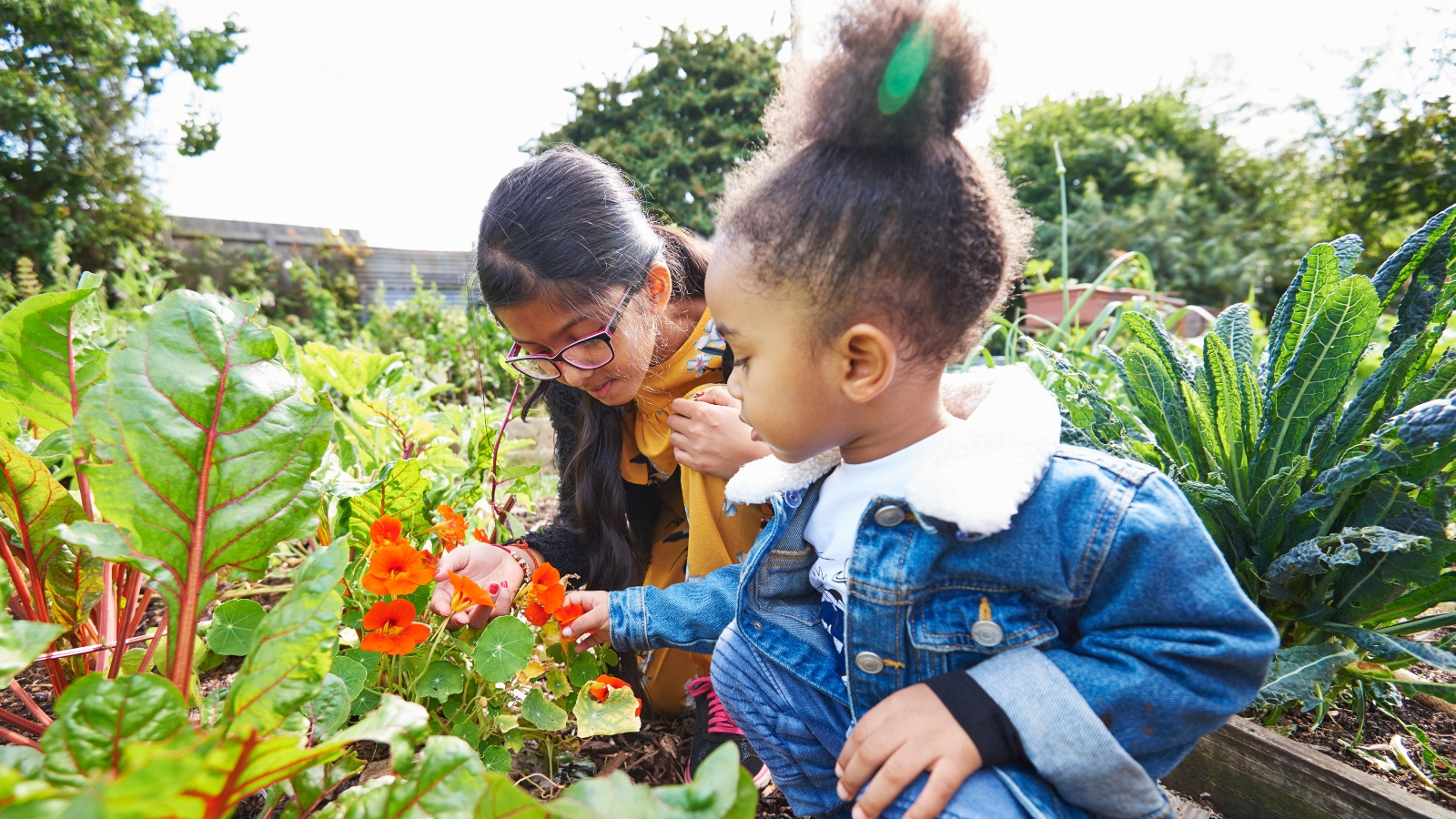 Coronavirus transmission rates may be down in New York City, but in the Bronx, my community is still facing the effects of three pandemics: COVID-19, white supremacy, and climate injustice. My Black and Latinx neighbors are at least three times more likely to die than white New Yorkers, and those deaths are directly correlated to underlying diseases that are a byproduct of climate injustice: lung disease, asthma, diabetes, and heart disease. Black and brown people also make up the majority of underpaid essential workers who literally cannot afford to stay at home.

The term “sacrifice zones” — communities that have been permanently impaired by environmental damage or economic disinvestment — takes on an even darker meaning during the pandemic. These are communities where air pollution, waste, and food deserts (along with food swamps) are common. They are on the frontlines of both climate change and the pandemic. And the connector is racism.

COVID-19 has laid bare the human costs of racial and environmental injustice. Regardless of wealth, communities of color, and especially Black communities, are more exposed to air pollution than white communities — which creates conditions that increase the likelihood of complications and death from COVID-19. It is no surprise that the virus hit the Bronx the hardest; we have higher rates of childhood asthma and complications than anywhere in the country.

To fight COVID effectively, we need to address sacrifice zones. That means building a regenerative economy that values life in all of its forms. Otherwise, we will continue to see the sanctioning of Black death and suffering.

Communities across the country are already enacting groundbreaking climate justice policies. Here’s how the rest of us can follow their lead:

1. Give communities control of land

Black and brown people have been pushed out of their ancestral homes and into sacrifice zones due to gentrification, tenant exploitation, and racist lending practices. Cities like Santa Ana, California, have successfully organized to create and invest in community land trusts where residents have control over what and who develops on the land. This March, residents won approval to create a community microfarm.

States and cities must transfer water utilities from private to public control, and provide clean and free water service. In Pittsburgh, a coalition is pressuring the state to keep the utility entirely publicly owned as it embarks on a $4 billion infrastructure upgrade, and for the public works project to create green jobs and job training.

States and cities must divert funds from harmful investments — like employee pension plans that invest in fossil fuels — to just and equitable energy programs. In Boston, a coalition is securing government funding to build community-led, community-owned microgrids that bring clean, affordable energy to a mostly Latinx and low-income community.

The pandemic has proven that providing care — childcare, eldercare, and teaching children — are vital to our communities. It’s time we protect all workers. In New York City, organizers and workers are calling for an Essential Workers Bill of Rights, which provides benefits like hazard pay, paid sick and family leave, and childcare and healthcare coverage, as well as holding employers accountable for worker protections.

Many are at risk of eviction due to the pandemic. States and cities must invest in climate-resilient, healthy, and affordable social housing, which is a more permanent and affordable solution than providing temporary relief through shelters. We should look to Tenant Opportunity to Purchase Act (TOPA) policies that require landlords to offer to sell to building tenants. In addition, all public housing should be retrofitted to be energy efficient, and private landlords should be mandated to do the same.

6. Pave the way for clean transportation

Sacrifice zones are often sites of sprawling highways and truck routes, which spew dirty and harmful diesel exhaust into communities. Public transit should run on renewable energy and offer affordable rates, and corporations that use truck fleets to transport goods and are routed through BIPOC communities should be required to run on clean fuel. Thanks to the hard work of community advocates, in June California passed a first-of-its-kind Advanced Clean Truck rule that will increase the number of zero-emission trucks in the state.

Our greatest hope for long-term recovery is creating a sustainable future that is both equitable and just. We must seize the opportunity to pass transformational policies that center people, the earth, and social equity. This is how we will ease the impact of the pandemic and build frontline communities’ resiliency: honoring people’s right to clean air, land, water, and a dignified life.

This story was originally published by Grist with the headline Too many Americans live in ‘sacrifice zones.’ Let’s fix that. on Sep 4, 2020.

Early Thursday morning, two activists who have opposed a planned $9.4 billion petrochemical complex in St. James Parish, Louisiana, were arrested for “terrorizing” an oil and gas lobbyist connected to the Taiwanese plastics manufacturer responsible for the development. While the protest action leading to the charges occurred six months ago, the arrests come just a week after residents of the parish won a court battle against the company, allowing them to host a Juneteenth prayer ceremony on a slave burial site on the company’s property.

The charges against Anne Rolfes and Kate McIntosh — two members of the Louisiana Bucket Brigade, the environmental health and justice organization that’s been fighting the plastics company, Formosa, alongside RISE St. James, another grassroots environmental justice group — carry a punishment of up to 15 years in prison and a fine of $15,000.

Last year, a judge ruled that Formosa had illegally dumped billions of plastic pellets called nurdles into Texas’ Lavaca Bay and other waterways. The company agreed to pay a $50 million settlement as a result of complaints and lawsuits filed by Texas residents and environmental groups. In December, Louisiana activists sent a sealed container filled with the company’s nurdles to the home of an oil and gas lobbyist in Baton Rouge, as an act of protest against the company’s planned development in Louisiana. The package was accompanied by a letter explaining the box’s contents.

According to Bill Quigley, an attorney representing Rolfes and McIntosh, the Baton Rouge police department called him early Thursday morning, claiming that there were outstanding charges against the two. Both turned themselves in, but they were reportedly taken to the parish prison in handcuffs and leg irons. The two were released on bond late Thursday afternoon.

“The timing is suspicious,” Quigley told Grist. “It seems a little bit more than coincidental that six months pass, and now charges against them are being announced, as the community fights for the cemetery that Formosa resisted so urgently to keep them away from.”

Janile Parks, Formosa’s director of community and government relations, denied that the company had any role in or knowledge of the arrests. “[Formosa] was unaware that this action was going to be taken by the state and had only heard second hand that deliveries of plastic pellets were made … in the Baton Rouge area some months ago,” she wrote.

Quigley also added that the “terrorizing” statute is a much more serious charge than even Louisiana’s critical infrastructure law, which carries up to five years in prison and a fine of $1,000 for trespassing in the vicinity of critical infrastructure like oil and gas pipelines. The “terrorizing” charge is intended for actions such as bomb threats, according to Quigley.

“It’s really hard to believe that what [the defendants] did was a serious terrorizing threat,” he said.

St. James Parish is located in Louisiana’s 85-mile industrial corridor between New Orleans and Baton Rouge, which has been known for decades as “cancer alley.” The area’s Black population has suffered disproportionately from the COVID-19 pandemic, and residents have long suffered some of the highest pollution-linked cancer rates in the country. Many residents say that Formosa’s new development will only make matters worse.

St. James resident Sharon Lavigne, an outspoken critic of Formosa and the founder of RISE St. James, had previously been visited by parish sheriff’s deputies and threatened with arrest for peaceful visits to the burial site on Formosa’s property.

“This is our home, and we’re not just going to let Formosa come here and destroy our lives and the health of our community,” Lavigne told Grist. “I’ll die before I give up. We’re not going to stop. We’re going to have more people join us, and we’re going to be stronger.”

This story was originally published by Grist with the headline These Louisiana activists are facing ‘terrorizing’ charges for a stunt they pulled six months ago on Jun 25, 2020.