Global finance leaders should prepare for multiple inflationary shocks, the head of the International Monetary Fund has warned, as fears of a global economic downturn continue to hit markets around the world.

The IMF’s managing director, Kristalina Georgieva, said it is becoming harder for central banks to bring down inflation without causing recessions.

Economists fear Sri Lanka could be first of several, with IMF in talks with Egypt, Tunisia and Pakistan

Sri Lanka has defaulted on its debts for the first time in its history as it struggles with an economic and political crisis triggered by global shock waves from the pandemic and the war in Ukraine.

An inflation rate spiralling towards 40%, shortages of food, fuel and medicines and rolling power blackouts have led to nationwide protests and a plunging currency, with the government short of the foreign currency reserves it needed to pay for imports.

Joe Biden has invoked the Defense Production Act to speed production of infant formula and authorized flights to import supply from overseas, as he faces mounting political pressure over a domestic shortage caused by the safety-related closure of the country’s largest formula manufacturing plant.

The Defense Production Act order requires suppliers of formula manufacturers to fulfill orders from those companies before other customers, in an effort to eliminate production bottlenecks. Biden is also authorizing the defense department to use commercial aircraft to fly formula supplies that meet federal standards from overseas to the US, in what the White House is calling “Operation Fly Formula”.

Republican candidates who questioned, denied and challenged the results of the 2020 presidential election won a string of consequential primaries in Pennsylvania and North Carolina this week, a testament to the enduring power of Donald Trump’s voter fraud myth, which continues to animate the hard-right movement he started.

In a campaign season dominated by angst over the economy and frustration with leadership in Washington, several hard-right candidates successfully channeled conservative grassroots momentum, and are now in striking distance of positions that will have enormous influence over voting and elections administration in battleground states across the country.

Workers in America’s fast-food and retail sectors who worked on the frontlines through the dangers of the Covid-19 pandemic are continuing a trend of strikes and protests over low wages, safety concerns and sexual harassment issues on the job.

The Covid-19 pandemic has incited a resurgence of interest and support for the US labor movement and for low-wage workers who bore the brunt of Covid-19 risks.

The unrest also comes as corporations have often reported record profits and showered executives with pay increases, stock buybacks and bonuses, while workers received minimal pay increases. Workers at billion-dollar corporations from Dollar General to McDonald’s still make on average less than $15 an hour while often being forced to work in unsafe, grueling conditions.

The post ‘I Cannot Survive On $260 A Week’: US Retail And Fast-Food Workers Strike appeared first on PopularResistance.Org.

The wild ride on the US stock markets continued on Wednesday with the Dow Jones Industrial Average sinking more than 1,100 points as investors worried about a looming recession.

All of the major US markets fell sharply, with the S&P closing down 4%, its largest fall since June 2020, and the tech-heavy Nasdaq losing 4.7%.

The effort to install local election officials who promote Donald Trump’s lie that the 2020 election was stolen has seen particular success in the crucial swing state of Georgia, where at least eight county election officials are promoters of the falsehood, a Guardian investigation has found.

The officials span the state, from suburban counties outside Atlanta to rural counties near the Tennessee and Alabama borders. All have substantial power over the administration of local, state and national elections in their counties, often with little oversight beyond scantly attended public meetings and small-town newspapers. 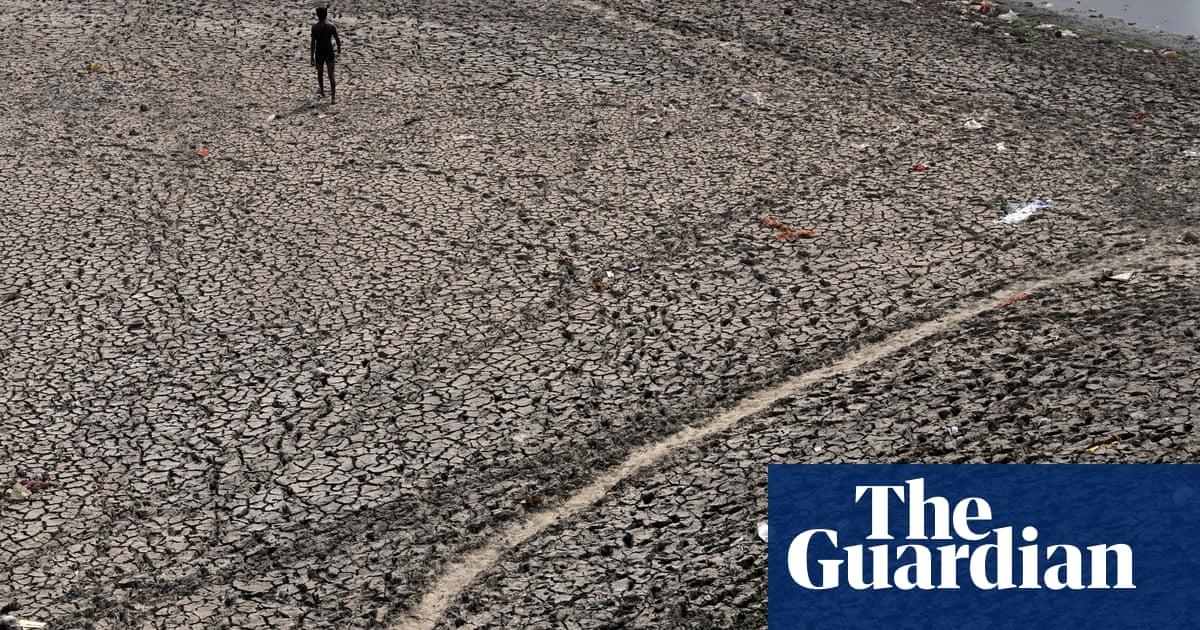 For the past few weeks, Nazeer Ahmed has been living in one of the hottest places on Earth. As a brutal heatwave has swept across India and Pakistan, his home in Turbat, in Pakistan’s Balochistan region, has been suffering through weeks of temperatures that have repeatedly hit almost 50C (122F), unprecedented for this time of year. Locals have been driven into their homes, unable to work except during the cooler night hours, and are facing critical shortages of water and power.

Ahmed fears that things are only about to get worse. It was here, in 2021, that the world’s highest temperature for May was recorded, a staggering 54C. This year, he said, feels even hotter. “Last week was insanely hot in Turbat. It did not feel like April,” he said. 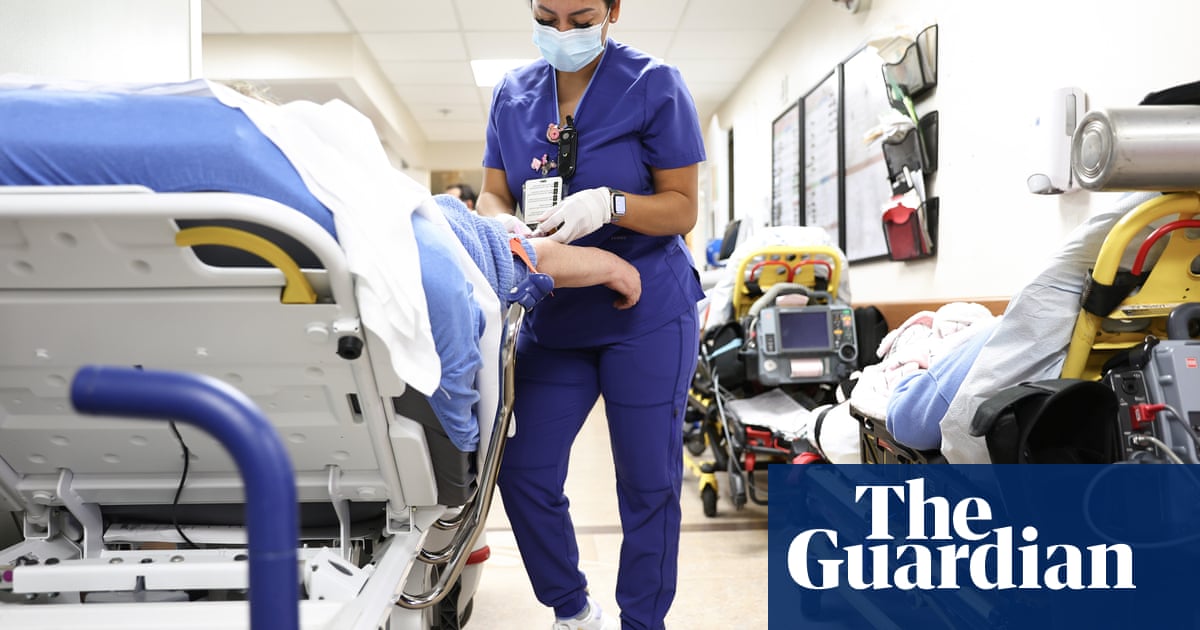 More than half of Americans show signs of a previous Covid-19 infection, including three out of every four children, according to a new report released on Tuesday.

The findings from the Centers for Disease Control and Prevention (CDC) come after researchers examined blood samples from more than 200,000 Americans and looked for virus-fighting antibodies made from infections, not vaccines. They found that signs of past infection rose dramatically between December and February, when the more contagious Omicron variant surged through the US. 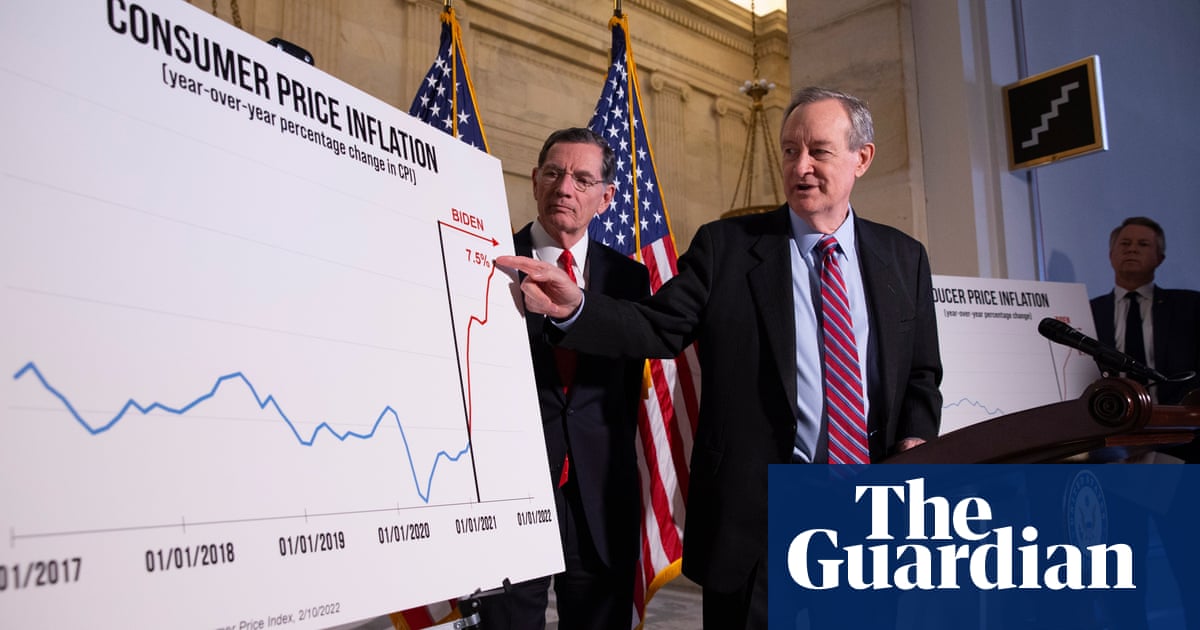 Inflation hit 8.5% in March as a mix of post-pandemic demand, price gouging and the Ukraine war dragged down Biden’s ratings

In the days leading up to the release of the US labor department’s latest inflation report, the White House tried to deflate expectations. White House officials said they expected the March inflation rate to be “extraordinarily elevated” because of rising gas prices, driven largely by war in Ukraine.

Unfortunately for Joe Biden and his fellow Democrats, they were proven right. The inflation report, released on Tuesday, showed US prices increased by 8.5% between March 2021 and March 2022 – the highest level of US inflation since 1981.