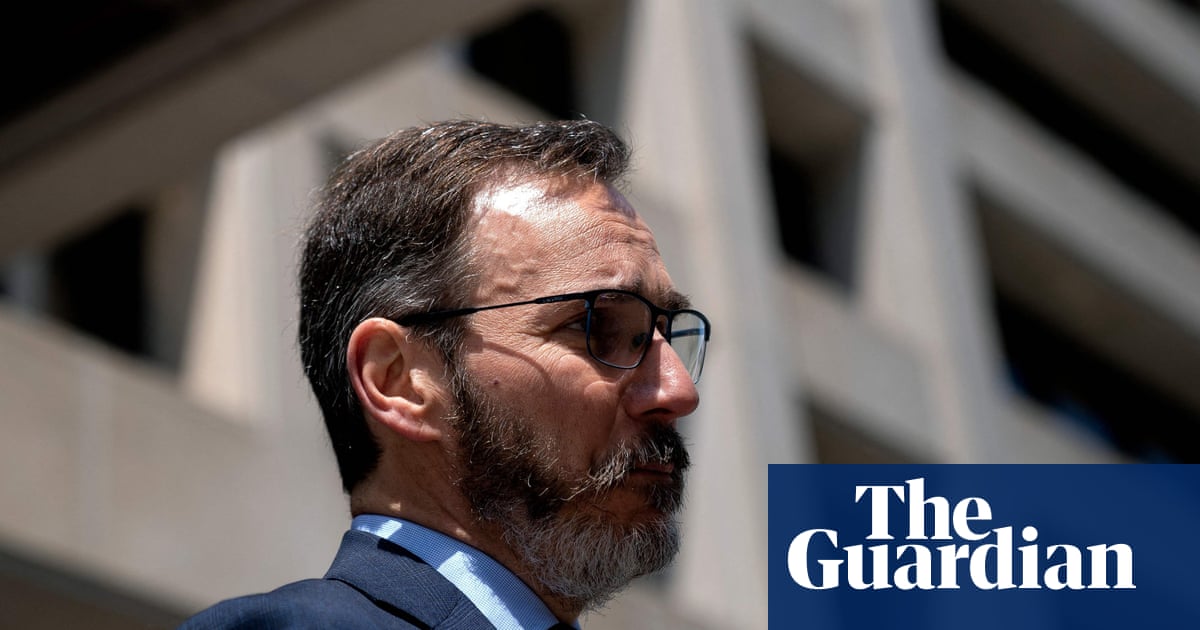 Fund slashes forecasts as US, China and eurozone stall and inflation beats expectations

The International Monetary Fund has warned that the global economy could soon be teetering on the brink of recession amid evidence that the world’s three biggest economies are all stalling and inflation is higher than previously forecast.

In a downbeat update to its April world economic outlook (WEO), the IMF slashed its growth forecasts in both 2022 and 2023 – and raised the prospect of a more pronounced slowdown. The head of the International Monetary Fund (IMF), Kristalina Georgieva, has warned that the global economic outlook “has darkened significantly,” emphasizing that, regarding a global recession, “we cannot rule it out.”

Kristalina Georgieva, the managing director of the International Monetary Fund (IMF), discussed the global economic outlook and the prospect of a global recession in an interview with Reuters Wednesday.

Commenting on the global economy, the IMF managing director said:

The outlook since our last update in April has darkened significantly.

The IMF will be cutting its global growth forecast further late this month, Georgieva noted, adding that it will be the third downgrade this year.

Global Recession Cannot Be Ruled Out

When asked about the prospect of a global recession, the IMF managing director said:

The risk has gone up so we cannot rule it out.

“We are in very choppy waters,” she continued. Investors are becoming increasingly concerned about recession risks.

Georgieva noted that recent economic data showed that some large economies, including those of China and Russia, had contracted in the second quarter. She cautioned that the risks were even higher in 2023.

Georgieva believes that slower economic growth may be a “necessary price to pay,” citing the urgent and pressing need to restore price stability.

She opined: “We need to create the same strong level of coordination between central banks and finance ministries so they provide support in a very targeted way … and don’t weaken what monetary policies are aiming to achieve.”

In June, World Bank President David Malpass warned about a possible global recession. “For many countries, a recession will be hard to avoid … This is the sharpest slowdown in 80 years,” he said.

What do you think about the comments by IMF Managing Director Kristalina Georgieva? Let us know in the comments section below.

Global finance leaders should prepare for multiple inflationary shocks, the head of the International Monetary Fund has warned, as fears of a global economic downturn continue to hit markets around the world.

The IMF’s managing director, Kristalina Georgieva, said it is becoming harder for central banks to bring down inflation without causing recessions. 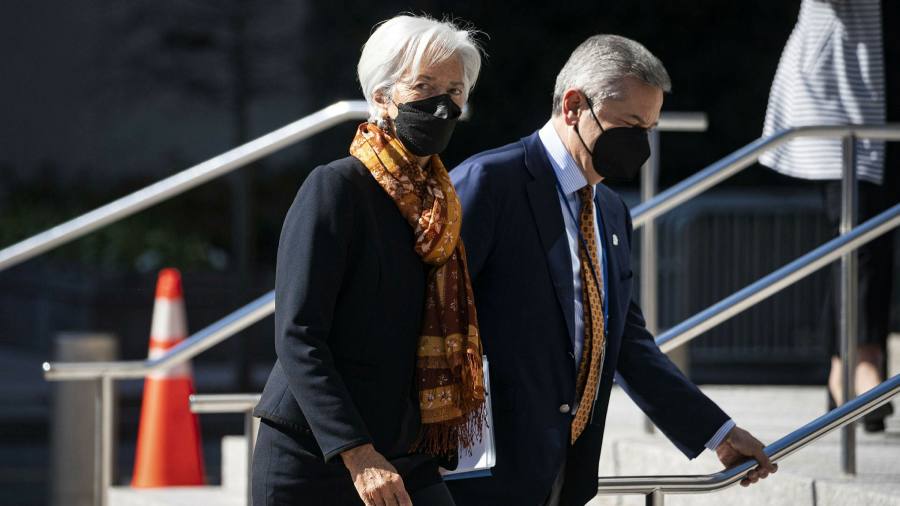 The risks of an upheaval in global financial markets has increased ‘on several fronts’ as a result of the war in Ukraine, the IMF said Tuesday. 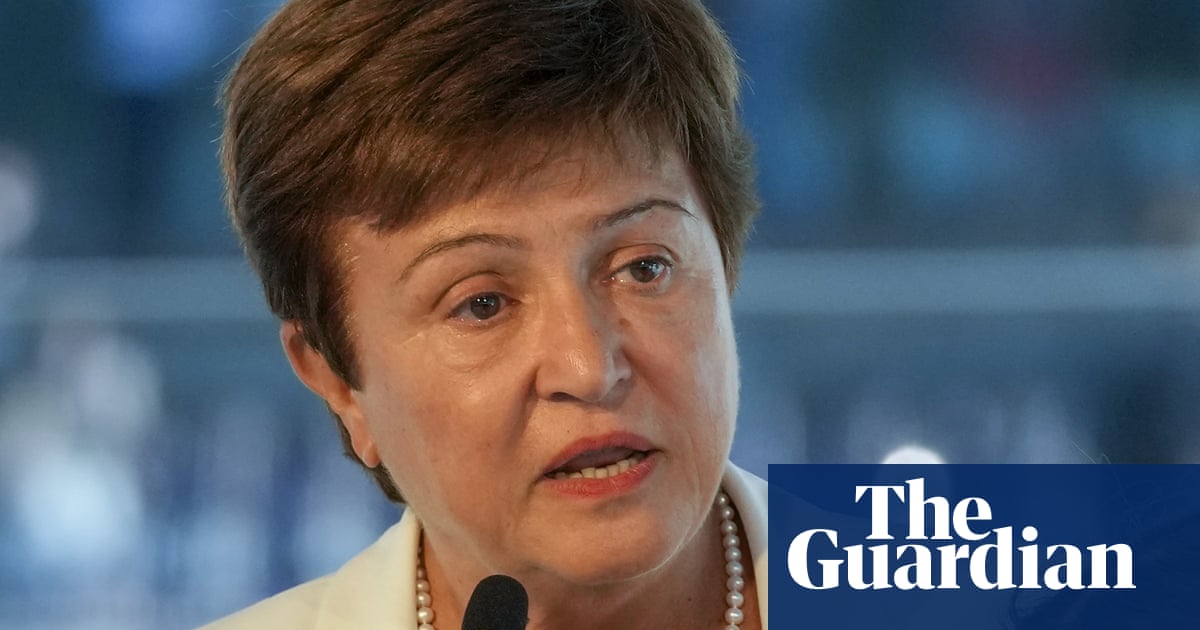 The emergency support provided by central banks and finance ministries during the Covid-19 pandemic has fuelled speculation and left the world vulnerable to another financial crisis, the International Monetary Fund has warned.

Policymakers were faced with a “challenging” trade-off between continuing to support economic activity while preventing unintended consequences and medium-term financial stability risks, the IMF said in its half-yearly Global Financial Stability Review (GFSR). 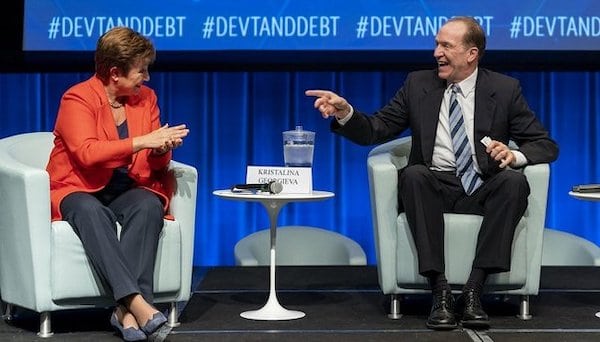 The 190 countries that are members of the IMF are entitled to allowances in strong currencies which they do not have to pay back. This device is called Special Drawing Rights. To this we must add loans that the IMF can grant to a country calling for help. Loans must be repaid with interest and are tied to conditions that reinforce neoliberal policies. 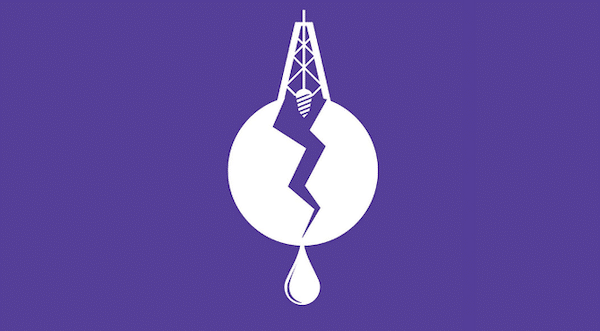 In December 2020, on the occasion of the fifth anniversary of the signature of the Paris Agreement on Climate, the UN General Secretary sounded the alarm because the situation has fundamentally worsened. In this article we analyze what the World Bank and the IMF have done in connection with the environmental crisis and climate change. 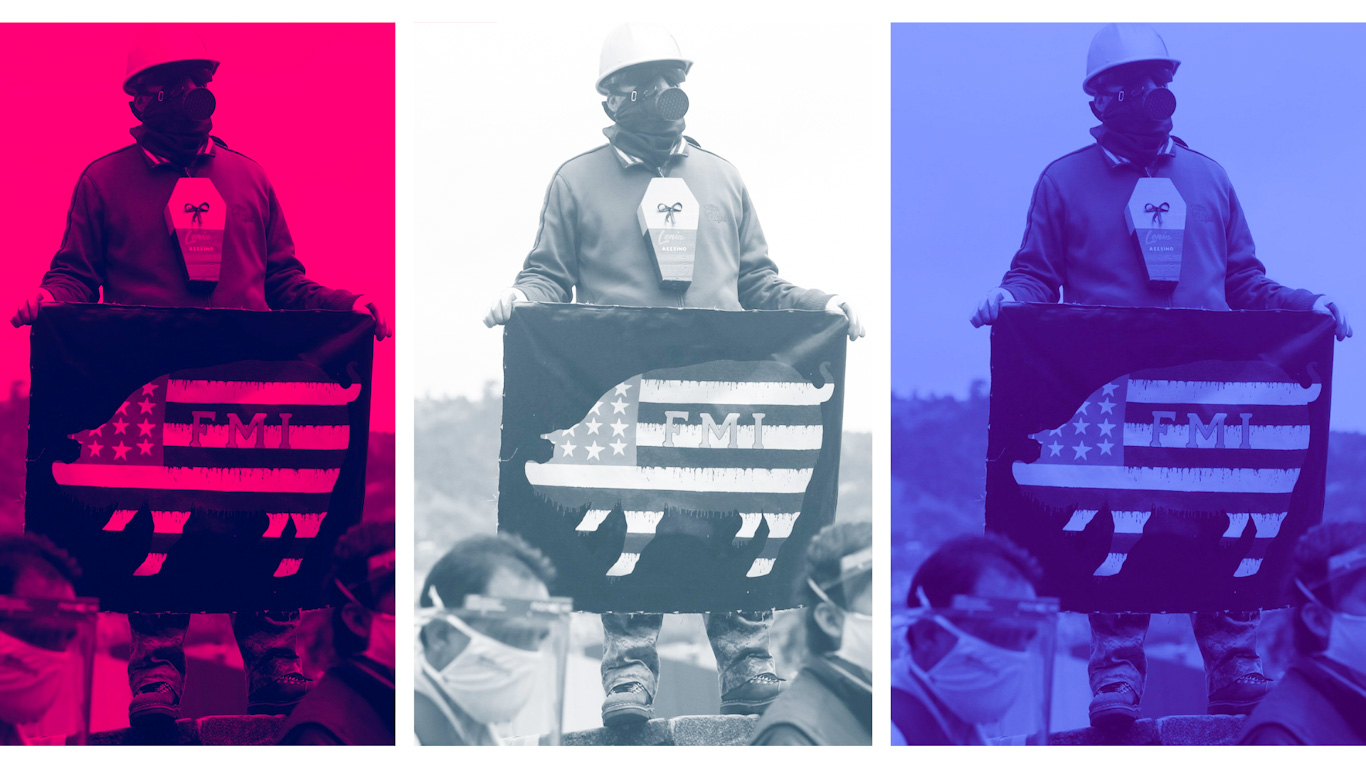 The enormous economic dislocation caused by the COVID-19 pandemic offers a unique opportunity to fundamentally alter the structure of society, and the International Monetary Fund (IMF) if using the crisis to implement near-permanent austerity measures across the world.

76 of the 91 loans it has negotiated with 81 nations since the beginning of the worldwide pandemic in March have come attached with demands that countries adopt measures such as deep cuts to public services and pensions — measures that will undoubtedly entail privatization, wage freezes or cuts, or the firing of public sector workers like doctors, nurses, teachers and firefighters.

The post IMF Seizes On Pandemic For Privatization In 81 Countries appeared first on PopularResistance.Org.