“From the past situation of Abe’s politics, the fascism inherent in “Abeism” emerges. “Abeism” is closely associated with fascism and the fascist movements, if not fascism itself.” 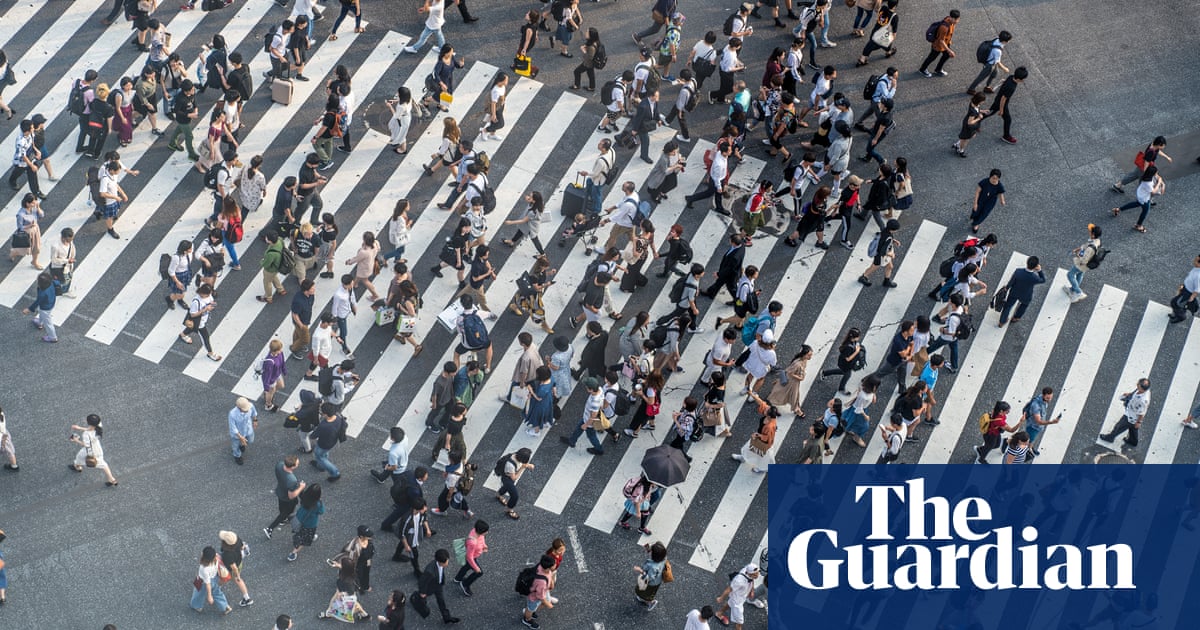 The climate crisis will spiral out of control unless the world applies “emergency brakes” to capitalism and devises a “new way of living”, according to a Japanese academic whose book on Marxism and the environment has become a surprise bestseller.

The message from Kohei Saito, an associate professor at Tokyo University, is simple: capitalism’s demand for unlimited profits is destroying the planet and only “degrowth” can repair the damage by slowing down social production and sharing wealth.

On July 8, Japan’s former Prime Minister Shinzo Abe was killed by a man who told police that he had a grudge against a “certain religious group”, the Unification Church. This event incident revealed a facet of Abe’s past as a right-wing nationalist that has never been told in Japan.

Over the weekend, Abe Shinzo announced that he was resigning as Japan’s prime minister.  Last November, he became the country’s longest serving premier.  He resigns amid the worst economic slump in Japan’s post-war history, caused by the coronavirus pandemic and the lockdowns.  His popularity had plummeted due to a series of bribery and corruption scandals in his government and because of his handling of the pandemic.

In the second quarter of 2020, Japan’s national output fell 7.8% compared to the first quarter level, or an annualised drop of 27.8%, a quarterly drop more than 60% greater than in the depths of Great Recession of 2009.

But Japan was already in a classic economic recession before COVID-19 hit the world economy. Real GDP had already fallen in the last quarter of 2019.

Indeed, it is a sorry end to the great hopes expressed when Abe came into office in early 2013.  Abe announced then that he had an economic policy, soon to be called Abenomics, which had three ‘arrows’, to get the Japanese economy out of its long stagnation.  The arrows were monetary injections, fiscal stimulus and structural reform.  Abe spelt out the mission: “I will break down any and all walls looming ahead of the Japanese economy and map out a new trajectory for growth. This is precisely the mission of Abenomics.”(2017).

Now that Abe is gone, can we say, what I then called the Keynesian/neoliberal mix that was Abenomics, has worked to boost Japanese capitalism?  It is an interesting question, because Abenomics combined all the policy proposals of mainstream economics into one and the three arrows were praised by neoclassical and Keynesian economists alike.  So Japan has been the perfect laboratory model for the efficacy of mainstream economic policy to achieve sustained growth in output, incomes and jobs.

So let’s consider the Abe government’s own benchmark outcomes for success, as outlined in the Abenomics document of economic progress: namely, nominal GDP, unemployment; inflation; and profits.

Nominal GDP was Y495trn back at the end of 2012 when Abe took over.  He set a target for his government of getting Japan’s economy up to Y600trn.  What did it reach before COVID-19 broke?  Nominal GDP reached Y560trn at the end of 2019, a rise of about 2% a year.  The performance of real GDP was even worse, a yearly average of just 1.2%, just about the worst of the G7 economies, although Italy was even worse.

The reasons that Abenomics failed to meet its growth target and instead Japan continued on its low growth-stagnation trajectory are manifold.  First, Japan’s population has been declining.  For the last 15 years, Japan’s birth rate has been below its death rate.

So the ‘natural’ population (ie excluding immigration) has fallen.

But most of the new employees are women and older people who are taking up jobs in health and social care, temporary and part-time, the lower end of wage market. More than a third of the Japanese workforce is working in non-regular positions, including an increasing number of older people who have become contract or temporary workers after retirement. Employment may have risen under Abe and unemployment fallen, but real wages and household consumption have not improved at all.  Real wages have fallen under Abe.

While household consumption (what you get for your wages) has virtually stagnated (up just 0.3% a year).

Overall, Japanese workers are spending an average of 11 percent more time to earn the same salary they were bringing home about 20 years ago, and some are working unpaid overtime on top of that.  Many workers are having to do two or more jobs to make ends meet.  Some people are working 70-hour weeks out of multiple jobs. According to Lancers research, some 4.5 million full-time workers in Japan have second jobs, where they work, on average, between six and 14 additional hours each week, on top of any overtime hours they clock at their primary job; a small number of them work up to 30 or 40 hours per week at their second jobs.  Under Abe, average annual working hours per employee fell, but only because many of the new workers were part-time or temporary – and Japan’s annual working hours remain one of the highest in the world.

Unlike the UK or even Germany, net immigration has not boosted employment in Japan.  So the other reason that Abe never achieved his aim of rebooting Japanese economic growth was the low growth in the productivity of labour.  Japan ranks twenty-first for labour productivity among the 36 nations of the OECD. Japan’s per-hour labour productivity in 2018 was $46.8 (equivalent in purchasing power to ¥4,744); this is less than half the $102.3 level in Ireland and roughly 60% the $74.7 level in the United States.

Japan’s per-hour and per-capita labor productivity are both just over 60% the level in the United States. And the gap separating the two countries has been steadily widening, as compared to the roughly 70% in 2000 and 65% in 2010.

And remember, US productivity growth has also been very poor since the end of the Great Recession, as it has been in all the advanced economies.  So Japan’s performance is particularly bad.

And the reason for that is clear.  Domestic business investment rose only just over 1% a year under Abe.  Japan’s corporations did not invest much to boost productivity and so productivity languished.  Capital investment as a % of GDP rose from 23.2% in 2013 to 24.2% in 2018, but that ratio was still below the pre-Great Recession period.

That was despite Abe aiming from the start to raise the profitability of Japanese capital.  And that was the one area where Abenomics has worked: in raising corporate profits.  As I said in 2012, the real purpose of Abenomics was to raise the profitability of Japanese capitalism, at the expense of labour.  That was the third arrow of Abenomics: the so-called ‘structural reforms’ ie reducing the cost of production by deregulating the labour market, privatising and cutting taxes on profits etc.  These measures aimed to help boost the rate of exploitation and the profitability of capital in Japan.  Abe cut corporate profit taxes sharply – Trump-style

and he hiked employee social security contributions to reduce the burden for employers.

The outcome was a shift in the share of labour in national income towards profits. Corporate profits doubled under Abe from 2013 to 2018, but then fell back in 2019 as the economy headed into recession.

Even so, Abenomics did not succeed in restoring the profitability of capital to even pre-GR levels.  And herein lies the underlying cause of the failure of Abenomics, despite the hopes and expectations of mainstream/Keynesian economics.

*This rate of return measure is compiled from IRR series in the Penn World Tables 9.1 with an estimated update for 2018 and 2019 using the AMECO database on NRR.

And what about the key policy target is restoring a level of inflation in the economy of about 2% a year?  The annual inflation rate has averaged just 0.8%.  So the first arrow of Abenomics, monetary injections, quantitative easing etc has miserably failed even on its own terms.

And what about the aim to reduce the budget deficits and public sector debt levels and rely more on taxation than on bond issuance?  Well, under Abe, the government continued to run budget deficits (although narrowing) and public debt ratio continued to rise, if mor slowly under Abe.  So the dependency on borrowing (bonds as a share of spending) fell back – until COVID-19 hit.  But all this fiscal stimulus did not avoid Japan slipping back into recession in 2019 – so much for the second arrow of Abenomics.

Before Abe resigned, his government introduced a supplementary fiscal 2020 budget to include provision of ¥100,000 cash handouts to all residents.  This has raised the bond dependency ratio to 45.4%. This will bring Japanese government bond issuance to a record ¥58.2 trillion in fiscal 2020. The ratio is heading back to the 50%-plus level of the Great Recession. 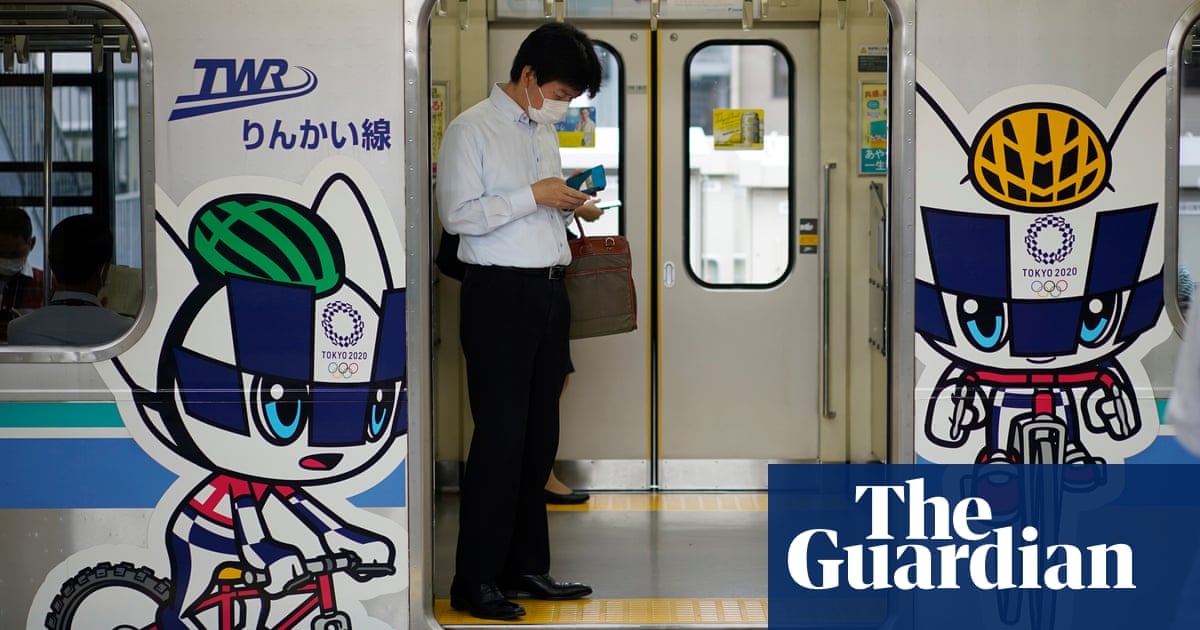 Japan’s recession has stretched to nine months after the world’s third biggest economy suffered a record-breaking drop in activity of almost 8% in the second quarter of 2020.

Falling household consumption was the main reason behind the contraction, with the postponement of the Olympics and weak demand for Japan’s manufacturing goods additional drags on growth.