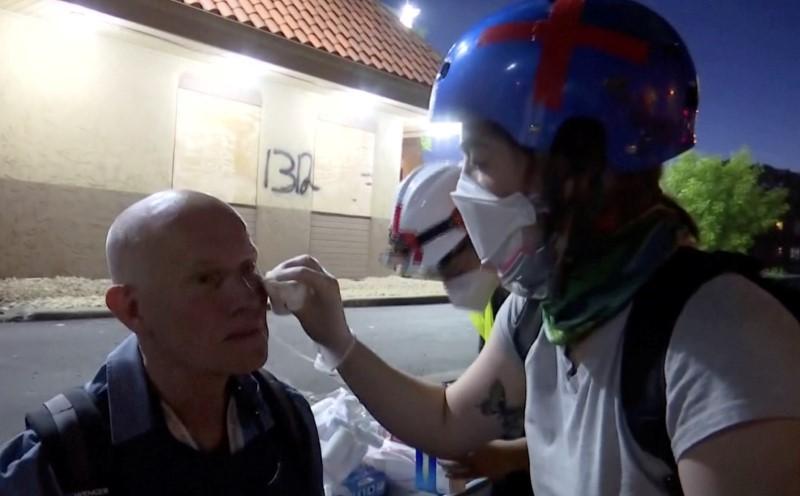 On Friday evening, viewers watched as CNN correspondent Omar Jimenez and his crew were arrested on live television while covering a protest following the death of George Floyd in Minneapolis.

Read more
Erwin Chemerinsky
“Twitter in no way censored the president,” argues Chemerinsky. “It engaged in its own speech by providing readers with further information. It is truly Orwellian that Trump declared he was acting to protect free speech when he was retaliating against speech and seeking to expand the liability of media companies. Trump’s action is illegal. As president he does not have the power to change the meaning of a federal statute.” (Image: Gage Skidmore/Flickr/cc) 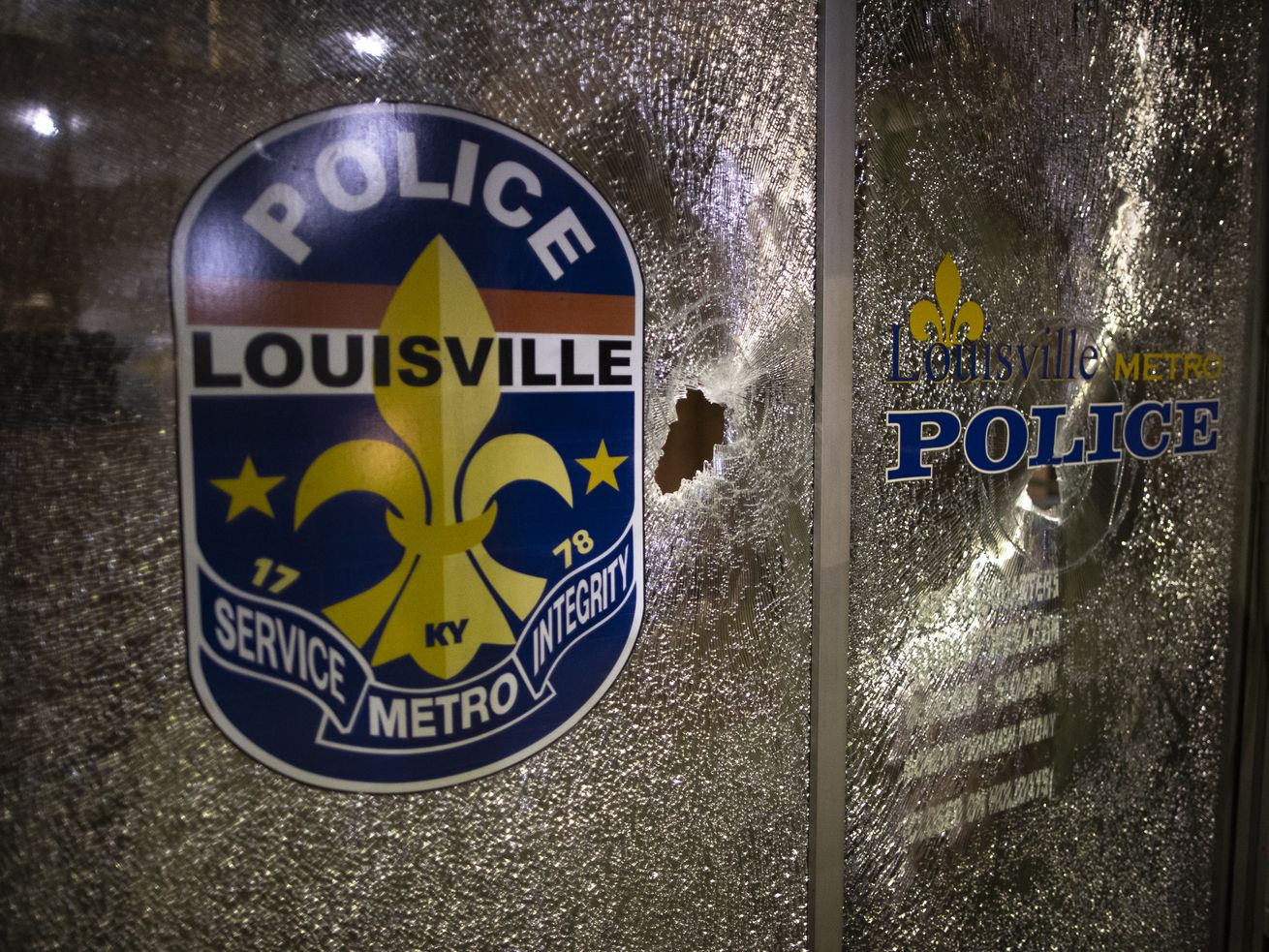 A window of the metro police headquarters damaged during protests is seen on May 29, 2020 in Louisville, Kentucky. | Brett Carlsen/Getty Images

Arrests, shootings, and harassment of journalists are features of the George Floyd protests.

On Friday night, video footage captured a law enforcement officer shooting journalists covering the George Floyd protests in Louisville, Kentucky, with what appear to be pepper balls — continuing a disturbing trend of unwarranted assaults on press covering the uprisings.

WAVE 3’s Kaitlin Rust was live on television that night reporting on the unrest in the city, part of a nationwide movement in the wake of Floyd’s death.

As Rust covered the standoff between protesters and police, she screamed and then yelled she was “getting shot.” The camera operator then turned to show the officer shooting right at the reporting crew. They were aiming “at us, like directly at us,” Rust told the station’s anchors.

The unidentified officer shooting the pepper-ball launcher gave no reason why he shot at Rust and her camera crew.

Meanwhile in #Louisville, a cop is seen here shooting rubber bullets at a reporter from @wave3news.

Just not even trying to respect the press now, I see pic.twitter.com/4g9Du9wC8r

Hours later, Louisville Metro Police apologized to WAVE 3 for the incident. The force’s special adviser, Jessie Halladay, told CNN the shooting shouldn’t have occurred and that it’s still unclear who launched the supposed pepper bullets. It’s possible the officer formed part of the city’s police force or a member of a special response team.

Louisville authorities will now further review the video of the episode and see if disciplinary action is required.

Media keeps getting targeted during the protests

There’s a growing, troubling trend of having media outlets and individual reporters specifically targeted throughout the uprisings.

Early on Thursday morning, CNN’s Omar Jimenez and his crew were arrested live on air in Minneapolis without cause. After a quick call between CNN’s president and the state’s governor, Jimenez and his team were released. The governor apologized and took full responsibility.

On Friday night in Washington, DC, demonstrators targeted Fox News journalists for covering the uprising outside the White House. In the video, someone chants “fuck Fox News” at the crew as they approach a police officer requesting help.

This is wrong. I don’t give a damn if you don’t like what they report. Don’t attack, harass, or physically intimidate reporters. Not Fox News. Not CNN. Not any of them. https://t.co/tIjUjwEa1n

And in Atlanta on Friday night, protesters damaged the front of CNN Center, including breaking glass and the logo. Some even entered the building and did further damage inside.

Those actions prompted Atlanta Mayor Keisha Lance Bottoms to lambast the vandalism during a press conference: “You have defaced the CNN building. Ted Turner started CNN in Atlanta, 40 years ago because he believed in who we are as a city.”

If the demonstrations persist throughout the country — as it appears they will — it’s more than likely similar incidents against journalists and media outlets will continue, too.

Every day at Vox, we aim to answer your most important questions and provide you, and our audience around the world, with information that has the power to save lives. Our mission has never been more vital than it is in this moment: to empower you through understanding. Vox’s work is reaching more people than ever, but our distinctive brand of explanatory journalism takes resources — particularly during a pandemic and an economic downturn. Your financial contribution will not constitute a donation, but it will enable our staff to continue to offer free articles, videos, and podcasts at the quality and volume that this moment requires. Please consider making a contribution to Vox today. 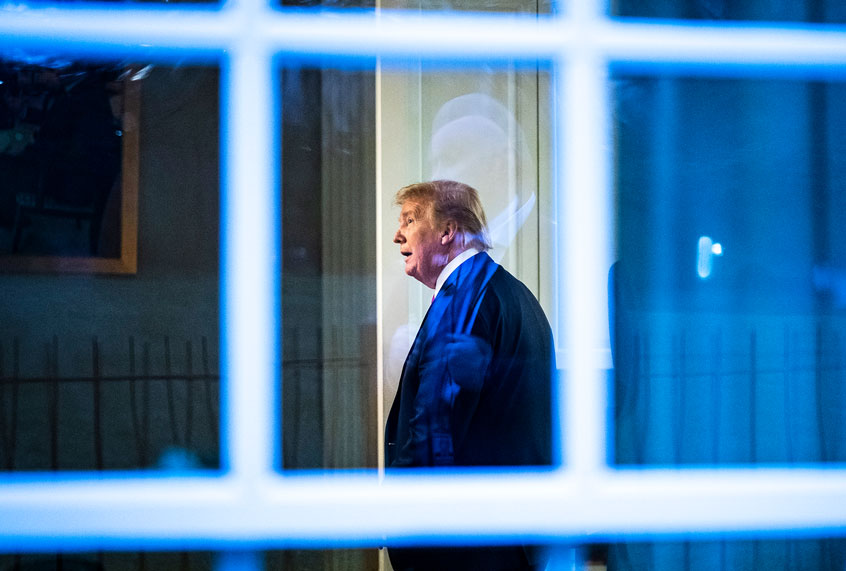 Trump said he would retaliate against Twitter for fact-checking his tweets. He just made good on that threat

The Intercept published a story that landed Reality Winner in prison, burning its third source. That article was co-authored by…

The post Co-author of The Intercept Russiagate story that landed source in prison is now NYPD press officer appeared first on The Grayzone.