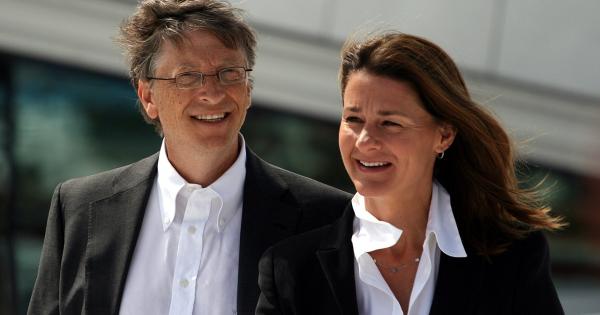 By Brian Crawford   Crises are endemic to capitalism. Increasingly, even when economic indicators point toward prosperity, this prosperity only extends to a very thin layer within society. Labor has for many decades experienced wage losses and massive reductions in state interventions to ameliorate the worst aspects of capitalism. Lacking sufficient federal funding for social […]

The post Profit Non-Profit: The Influence of Corporate Foundations on Nonprofits and Social Movements appeared first on .

In her second move as a billionaire philanthropist, MacKenzie Scott (formerly Bezos) has announced $4.2 billion in gifts to 384 organizations, mostly unrestricted grants to front-line charities addressing the needs of low-income people during the pandemic.

Writing in a post on Medium, Scott described her motivation. “The pandemic has been a wrecking ball in the lives of Americans already struggling.  Economic losses and health outcomes alike have been worse for women, people of color, and for people living in poverty.  Meanwhile, it has substantially increased the wealth of billionaires.”

The bulk of these gifts are to the works of mercy during this pandemic –food banks, direct social service organizations, emergency funds, and support services for the most vulnerable.

Scott’s current net worth, according to Forbes is $59 billion, making her the 19th wealthiest billionaire in the U.S. She still has a long way to go in her stated intention of giving away all the wealth. But she’s now made two bold moves, putting to shame the other 650 U.S. billionaires who haven’t figured out comparable ways to share boldly.

During a pandemic when US billionaire wealth has increased $1 trillion since March, other billionaires should draw inspiration from her approach to move funds to urgent needs, to historically marginalized groups, to share decision-making with non-wealthy people, and to avoid warehousing funds in private legacy foundations.

Many private foundations are still guarding their perpetual endowments and giving the minimum 5 percent required, including overhead.  By example, Scott is shaming these mega-foundations that worry more about perpetuity than the suffering of their neighbors during an unprecedented crisis.

Private foundations are sitting on over $1.1 trillion in assets while donor-advised funds (DAFs) hold an estimated $120 billion. Wealthy donors have already taken their tax breaks for these donations, but need a push to move their money. A movement of charities has been pressing Congress to include an Emergency Charity Stimulus as part of the next Covid-relief passage. This would mandate that private foundations increase their minimum payout from 5 percent to 10 percent –and that DAFs have a payout. This would move $200 billion to front line charities over the next three years, without adding to national borrowing.

Of particular note is not just the size of her gifts, but the approach she has taken to giving.  Scott, a newcomer on the billionaire wealth scene, has surrounded herself with advisors that come from under-resourced communities, not the folks that typically sit on foundation boards.

Scott writes, “Though I’m far from completing my pledge, this year of giving began with exposure to leaders from historically marginalized groups fighting inequities, and ended with exposure to thousands of organizations working to alleviate suffering for those hardest hit by the pandemic.”

She invites others to give whatever they can:  “If you’re craving a way to use your time, voice, or money to help others at the end of this difficult year, I highly recommend a gift to one of the thousands of organizations doing remarkable work all across the country. Every one of them could benefit from more resources to share with the communities they’re serving. And the hope you feed with your gift is likely to feed your own.”

The post MacKenzie Scott’s Bold and Direct Giving Puts Shame to the Billionaire Class and Their Perpetual Private Foundations. appeared first on Institute for Policy Studies.