Mapping settler-colonialism exposes the links between corporations and governments in perpetuating atrocities, displacement and exploitation at home and abroad.

The post In defence of mapping settler-colonialism first appeared on Spring. 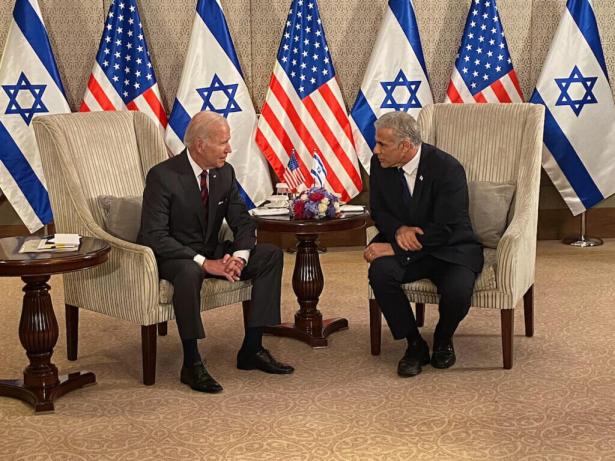 Read more
My grandfather was forced out of his home village in 1948.
Read more
Unless the international community sits up, takes notice and actually does something about water supplies in the Gaza Strip, the next crisis might be worse than anything we have ever seen
Read more 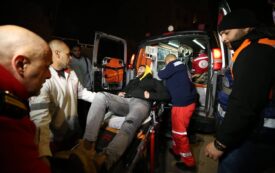 It began, neighbors say, when an ultra-nationalist Israeli politician “moved” his office onto one of our lawns.

The post As I Write, Settlers and Police Are Attacking My Neighbors in Sheikh Jarrah appeared first on The Nation.

House floor sees most personal anti-Palestinian attack in its history over apartheid charge.

When Some Progressive Groups Can Issue Solidarity Statements on Palestine Online, But Cannot Take to the Streets for Palestine, They Lose Credibility

Last Friday, 60 young climate activists from the Sunrise Movement protested in front of the White House. The direct action was fairly mild compared to other Sunrise actions. The event was precipitated by President Joe Biden’s announcement that he would be reducing commitments for climate spending.

Now compare that to the National March for Palestine a week before on Memorial Day weekend when 35,000 protesters showed up in DC from all over the country. Not a single major media outlet covered the event.

Sunrise’s visibility brings a progressive gravitas. So when Sunrise is absent from international solidarity movements, its absence leaves march organizers and Palestinian rights activists rebuking the Gen Z and Gen Y climate movement that is supposed to center voices of color.

Sunrise’s national leadership and its local DC hub discount the intersectionality of the climate movement when they fail to show up. Again and again Sunrise seeks to center voices of young American people of color, but being black and brown and young and woke doesn’t make one immune from U.S. imperialist ambitions in the form of climate hegemony.

“This is the first Sunrise Movement escalated action directly targeting Biden at the White House since he entered the presidency,” a statement from the organization read. “But definitely will not be the last.” https://t.co/FyqAYEeVRI

The past month’s protests for Palestine were part of a tectonic moment of international solidarity.

The Climate Civilian Corps that Sunrise Movement is currently touting is just another policy puzzle in the arsenal of climate policy. Sunrise Movement’s 400-mile trek is meant to drum up support for a Civilian Climate Corps and Green New Deal. It’s also a media grab to promote the Sunrise brand.

Meanwhile, unfunded and underfunded antiwar organizations do not have the benefit of protecting white spaces, which is essentially what climate activism does with the exception of indigenous water protectors protesting oil pipelines contaminating their land. Sunrise speaks broadly of jobs and has learned to package its messaging to appeal to an audience that rarely challenges the Pentagon as the largest consumer of oil and largest emitter of greenhouse gases. Speaking out with antiwar messaging may dilute the message and hurt Sunrise’s perceived brand. So it treads cautiously. Yet it is for precisely this reason that 60 young activists fighting for environmental protection of white spaces get more media attention than 35,000 Palestinian rights protesters and 100 buses in DC.

The climate movement needs to look inward and see the history and legacy of colonialism and slavery that have led to the climate crisis, including its own erasure of Third World voices and people of color. Sunrise cannot be pro-climate, without being staunchly anti-war. Where will all this money come from for the Climate Corps? The most likely place would be the military budget, which needs to be slashed – hook, line and sinker. Otherwise, climate change advocacy is just middle class idealism against the backdrop of Third World deaths, devastation, and natural resource exploitation.

Playing nice has only gotten climate advocacy so far. President Biden backtracked on half of his promises to placate right-wing Republicans who will sabotage him anyway. President Biden needs to be reminded where his base is and to support those who got him elected, instead of making half-baked attempts at compromise and negotiation with Republican climate deniers.

“Over 35,000 protestors converged in Washington DC this Memorial Day weekend for The National March for Palestine, the largest nationwide protest against U.S. foreign policy in decades.” https://t.co/JEimspe6cs

Having Sunrise DC Hub members show up in their individual capacity at Palestine protests instead of with the weight of their organization undermines the antiwar movement. If the Sunrise Movement and other progressive organizations, including Democrat Socialists of America and Justice Democrats, cannot speak out against the war machine in the streets, their words are pie in the sky white solidarity.

Even when 140 Progressive Groups speak out on Palestine, not all of them lend their muscle to actually do the coalition building, grassroots organizing, and media campaigns to support full fledge Palestinian solidarity.

We reached out to Sunrise Movement, DSA, and other major progressive groups to endorse the National March for Palestine, and I am still waiting. These larger progressive organizations can issue solidarity statements until the methane-emitting cows come home, but let’s put this in perspective. Let’s not forget that every cow in Europe gets $2.20 subsidy per day on average. That amount is more than the income of half of the world population. Apparently, it’s better to be a cow in Europe than a poor person in a developing country economically speaking. More than one million people live before the poverty line in Gaza.

Climate groups and other progressive groups suffer from shortsightedness on global antiwar activism. The fossil fuel extraction model depends on the failure of people’s movements to connect the dots on militarism, climate catastrophe, development challenges, energy apartheid, and environmental justice.

📺@LorenzoWard7DC from @DMVBlackLives joined us along with 35,000 supporters of justice for #Palestine on May 29 @ the Lincoln Memorial for the National March for Palestine, led by AMP & @USCMO.
➡️ Don’t forget to sign our petition: https://t.co/EZJLhegMaDhttps://t.co/yOayAHS0kO

Environmentalists are arguing for better food labels when people are starving.

Sunrise and other progressives groups need to level up.

When Anthony Lorenzo Green, a core organizer for BLM DC, showed up at the National March for Palestine, he said he wasn’t an ally, but a comrade.

Climate change needs to be more than a yuppie excuse to be woke. Climate change activism needs to be klaxon for demilitarization. Progressives need to go hard in the paint on more than just the environment, wages, and healthcare. The hubris of youth and the largess of organizations can fizzle away. Third World liberation voices are hampered and demonized, so they must rely on white and middle class progressives to provide that comradeship.

Progressives cannot merely update policy, but they need to dismantle the entire system that disenfranchises black and brown voices, not only at home, but also abroad. They need to recognize citizenship privilege and see that not only their zip code, but also their passport and U.S. exceptionalism impact their activism.

There, we gathered with approximately 35k people, organized by a coalition of over 100 orgs, to demand an end to Israeli apartheid and to demand freedom for Palestinians. Hear them as they share their hearts. #FreePalestine (2/3)

How can organizations stand against fossil fuel extraction, but remain silent with ExxonMobil, Chevron, BP and other oil and gas companies displace Third World peoples from their homes? How can organizations call for an end to fossil fuel subsidies when renewable energy deployment will rely on rare earth minerals with extractive mining techniques in Third World countries? (Then what’s the answer–give an answer, otherwise it feeds into Chevron’s argument that we must rely on fossil fuels.)

Now is a moment of reckoning.

As antiwar activists, we didn’t enjoy a honeymoon with President Biden. There was no courtship, no exchange of vows, none of that. As antiwar activists, we mobilized our respective communities, Muslims and progressives, nationally for the Biden Harris campaign because the opportunity costs of four more years of a Trump presidency were too costly, too ghoulish. So where are we? Instead of the Trump administration strangling the human rights of our brothers and sisters, we have the Biden administration trampling on our human dignity in the war zones-Yemen, Gaza- funded by our tax dollars.

We have President Biden proposing a record $753 billion military budget with billions for new nuclear weapons to escalate the arms race and make the world less safe. We have the Biden administration pivoting to Asia to prepare to plunge us into another disastrous war.

We still have killing fields in Third World countries, but at least the President isn’t a climate denier.

Save the climate mumbo jumbo and demand an end to the war machine our government funds in the name of peace and oil. The American climate movement must express solidarity with the international anti-war, anti-colonialist movement.

Sunrise, no compromises, no excuses.

Nadia B. Ahmad and Corrine Daly

The post The Revolt Among Progressives: A Third World Gaze on the U.S. Climate Movement appeared first on LA Progressive.

In descending order, the most fervent supporters of Apartheid Israel and hence of Apartheid are the Anglosphere democracies of the US, Australia, Canada and the UK. Apartheid Israel has had 4 elections in the last 2 years but in their massive coverage of these elections the Zionist- and US Government-beholden Mainstream media of these Anglosphere democracies overwhelmingly ignore the hard[Read More…]

The coalition-in-waiting is another collection of genocidal extremists.