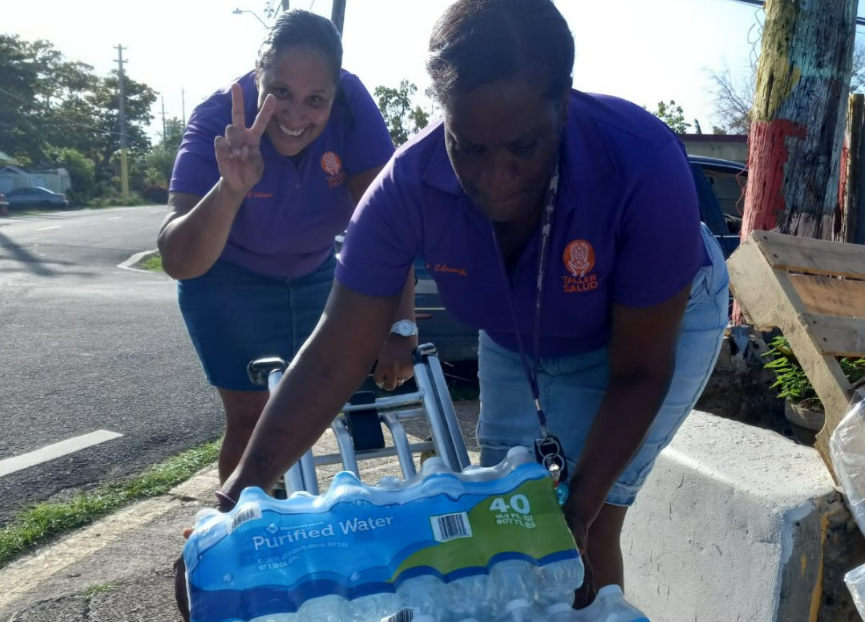 A network of mutual aid groups in Puerto Rico were quick to react when the island lost power on Sept. 18 before being hit by Hurricane Fiona. Nearly 750,000 people are still without power a week after the storm caused mass flooding, landslides and property damage.

Puerto Rico’s infrastructure system had not yet recovered from Hurricane Maria in 2017, which caused the deaths of nearly 3,000 people and decimated the island’s health care, water and power systems. 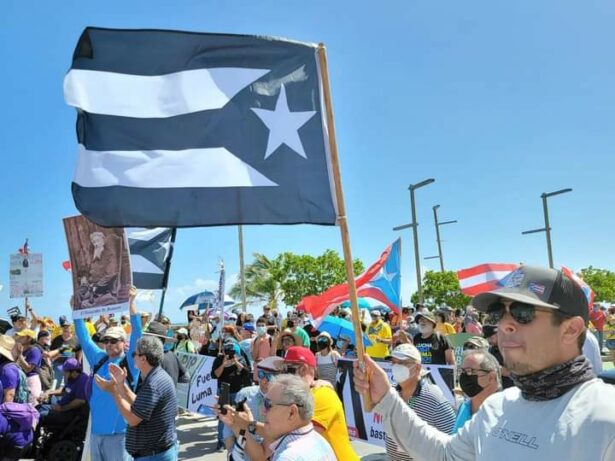 In 2021, the private company LUMA Energy took over management of the electric power grid. Activists this summer protested the privatization of Puerto Rico’s energy system, citing chronic power outages and frequent price increases. At a protest in Old San Juan last month, thousands of protesters and journalists were met with violence from the police. One protester alleged that they were hit directly in the face multiple times, and an elderly man claimed that he was repeatedly hit in the leg and had to be taken to the hospital because of the police’s use of tear gas.

In August, the anti-capitalist group Jornada: Se Acabaron Las Promesas took part in the protests, alleging that the U.S. colonial junta was forcing privatization to break up labor unions and continue the legacy of U.S. imperialism in Puerto Rico.

Similarly, activists have asserted that the devastation caused by Hurricane Fiona exemplifies both the legacy of U.S. colonialism and climate change, which has been exacerbated by the Global North. As Puerto Rican doctoral fellow Andrew J. Padilla explained in a tweet: “Puerto Rico is in full blackout in large part because of US imposed austerity & forced privatization of our electrical grid.”

In the aftermath of the damage caused by Hurricane Fiona, activists have demanded that immediate climate action be taken by the U.S. government, along with urgent relief efforts to the island. The Sunrise Movement tweeted in response to the disaster, “The catastrophic flooding and loss of power are the result of colonial policies that put profit over the people of PR. Puerto Rico deserves Green New Deal-style policies that will build a *public* green energy grid, and invest millions into social services.”

Puerto Rican practices of mutual aid are a direct decolonizing practice that disrupts the colonialist logic of individualism and capitalism. “Mutual aid in Puerto Rico is a story about injustice and lack of access to resources and power channeled into action in order to survive,” Isa Rodríguez Soto, an independent scholar and applied anthropologist in Puerto Rico, explained in the North American Congress on Latin America. “Tired of watching people die after Hurricane María, Puerto Ricans needed to do two things: fill the immediate gaps in order to keep people alive and, at the same time, continue to demand accountability and action from governments.”

We’ll send you a weekly email with the latest articles.

While Puerto Rico does have a strong history of utilizing community solidarity and mutual aid as tools to build community power in the face of U.S. imperialism, activists are adamant about highlighting Puerto Ricans’ resilience as a survival tool developed to endure U.S. driven colonialism, capitalism and climate change.

In an interview with Truthout, Democracy Now! co-host Juan González said, “The reality is that the Puerto Rican people, since Hurricane Maria, have actually been … able to recognize the fact that the government, when it comes to these crises, is inept, and many people have been able to develop their own ability to survive.”