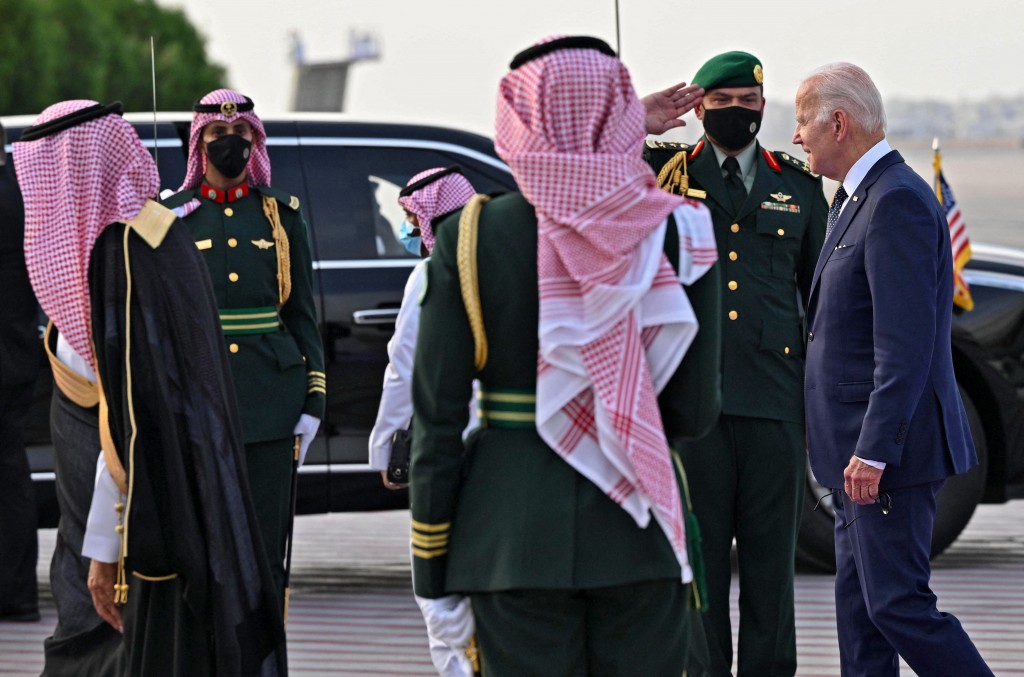 President Joe Biden’s trip to the Middle East is taking him to two countries whose governments are killers of American journalists.

Bin Salman was judged by the CIA to have ordered the infamous murder of Washington Post columnist Jamal Khashoggi, a U.S. permanent resident, in 2018 after the prince became enraged over Khashoggi’s criticisms. More recently, Israeli soldiers killed Al Jazeera journalist and American citizen Shireen Abu Akhleh in a shooting in the West Bank that investigative journalists have said bore the signs of a targeted killing by Israeli forces.

Despite the evidence that these governments killed these journalists, Biden will not be reading anyone the riot act. Instead, the subtle message of Biden’s trip is one of impunity and shared conspiracy.

Biden claimed that his trip represents a continued commitment to upholding American values and interests, yet his administration has done nothing to hold those responsible for the murders of Khashoggi and Abu Akhleh to account. The purpose of this trip is rather to solidify the bonds of friendship between the governments of the U.S., Israel, and Saudi Arabia while sweeping unpleasant subjects like dead journalists under the rug.

None of it is particularly surprising: It’d be inane at this point to merely say that the U.S. is hypocritical when it comes to human rights issues. The new dynamic at play today is that other countries notice these double standards and resist obvious moral blackmail. 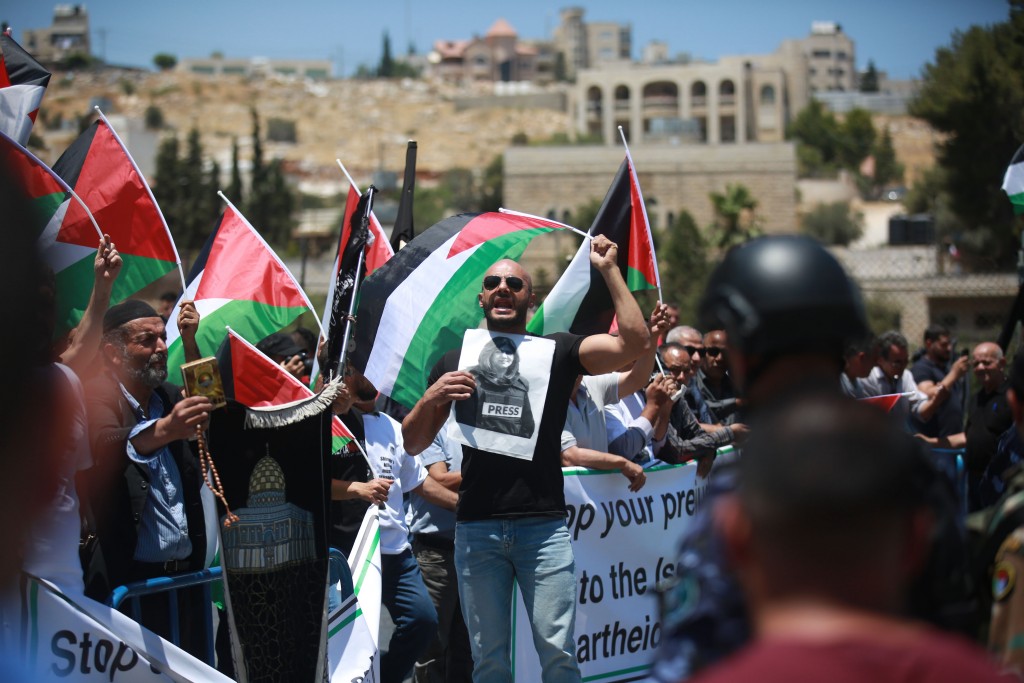 Palestinians hold banners and pictures of Shireen Abu Akleh during a protest against President Joe Biden’s support for Israel in Ramallah, West Bank on July 15, 2022.

As a candidate, Biden won praise for vowing to make Saudi Arabia a “pariah” for the outrageous crime of murdering a journalist at a major U.S. news publication. It was perhaps understandable that once in power he calculated that the relationship with oil-producing Saudi Arabia was too important to sacrifice for virtue.

By the same token, though, this makes it hard to lecture countries like India with a straight face to stop buying national gas from Russia over Russian human rights abuses in Ukraine. Telling Indians that they must suffer economic pain for principle in a manner that the United States itself will not is simply a nonstarter, and many Indian officials have said so.

The United States’ perceived moral reputation, which suffers when exposed by obvious hypocrisy and indulgence of undemocratic client states, is not just a matter of vanity. American soft power is an important force multiplier for getting other states to rally behind U.S.-led causes, including the war in Ukraine. Being unwilling to ask for accountability in the face of even the most brazen violations of stated American principles, up to and including extreme cases like the murder of U.S. citizens and journalists, makes it hard to convince other countries to join coalitions of the willing based on moral arguments. 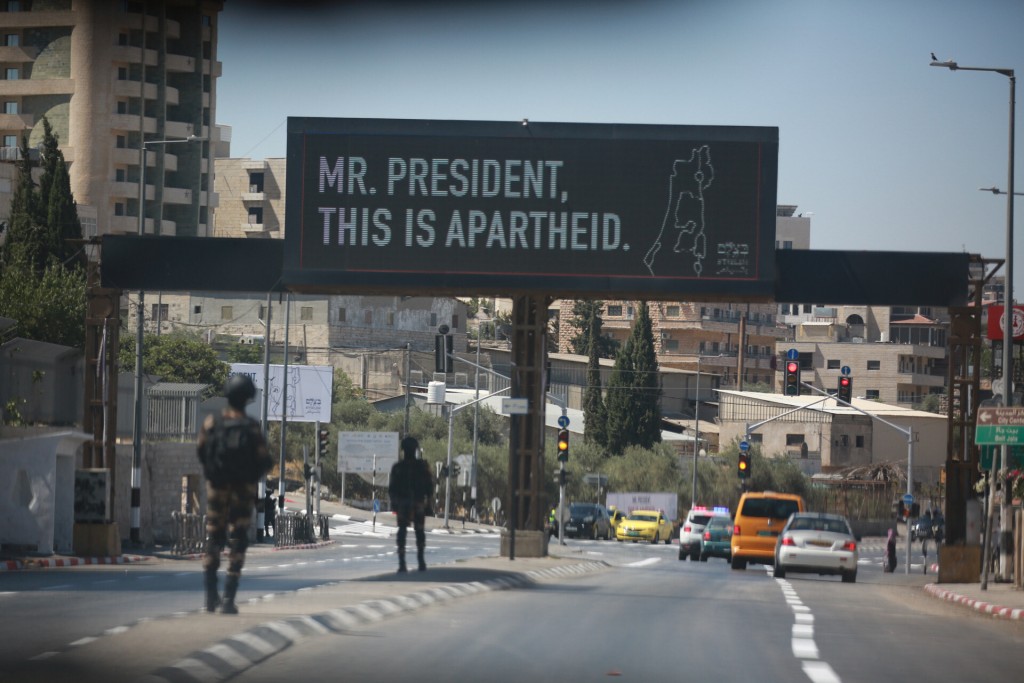 There are going to be more crises in the future, and the U.S. would love to rally an alliance of nations of the “free world” against a future threat such as China. American leaders might well win some support by pointing to shared material interests. At this point, however, if there are other countries that sincerely believe that the United States stands on principle against human rights violations, they are engaging in willful self-delusion.

The great strength of the U.S. was once that it was able to sway foreign public opinion simply through the charisma of its public image. An incompetent, morally flexible, and doddering president begging for the support of autocrats and apartheid-administering client states is a sad example of how badly that charisma has faded.

The post Biden to Saudi Arabia and Israel: Sure, Kill Our Journalists appeared first on The Intercept.

It was around 6:45am (03.45 GMT) on Tuesday morning when Hussein al-Samie’s son began crying, woken by an earth-shattering air strike that targeted al-Nahdain Mountain in the middle of Sanaa.

Samie’s son, Shadi, is four years old. He has no memory of the relentless air strikes that pounded the Houthi-held capital in 2015 and 2016 when the Saudi-led coalition first entered Yemen’s war.

Tuesday’s raid shook Samie’s house to its core, and with no experience of blasts this heavy and this close, Shadi’s nerves have been frayed as well.

“There were fiercer air strikes in 2015, but we adapted to the bombing then,” Samie told Middle East Eye. “It has been a long time since such air strikes targeted Sanaa, so not only children but even adults were terrified.”